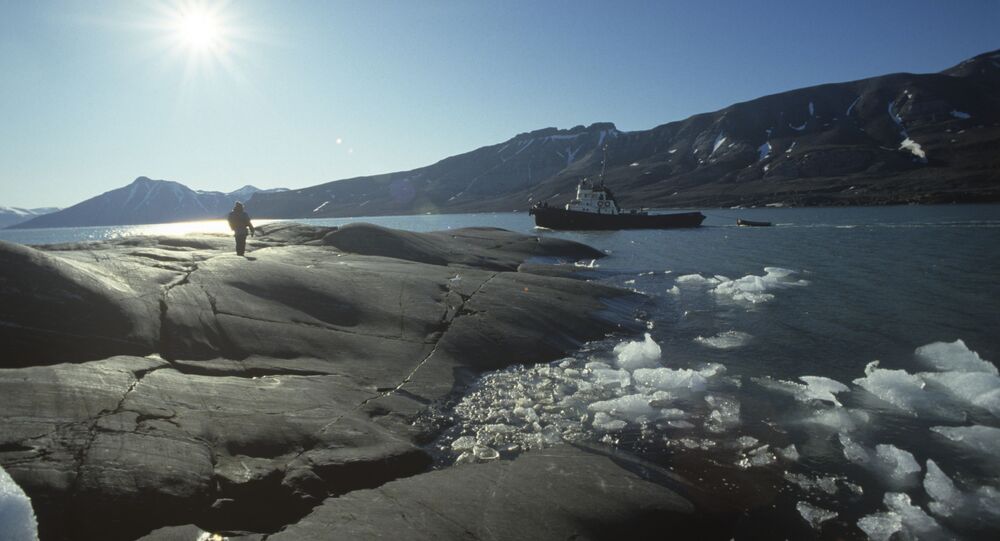 Moscow views NATO's intention to hold a seminar on Arctic polices as a provocative action.

"In the context of NATO's current course on 'restraining' Russia, accompanied by unprecedented military preparations near the borders of our country, attempts to drag Spitsbergen 'under the wing' of the military-political bloc and holding events there under its aegis violate the spirit of the 1920 [Spitsbergen] Treaty," the ministry said in a statement.

"We regard this course of action as provocative," the statement said.

© CC0 / NNSA / Nevada Site Office / The BADGER explosion
US-NATO 'Buildup on Russian Border Could Lead to Nuclear War' - Nobel Laureate
The 1920 treaty gave Norway sovereignty over the archipelago of Svalbard, formerly known as Spitsbergen, but allowed signatories to keep rights to commercial activities on the territory. Russia is the only party other than Norway to exercise that right.

Article 9 of the treaty prohibits Norway from establishing any naval base on the territory or any "fortification" that may be used "for warlike purposes." Therefore, the letter of the law does not expressly forbid a NATO seminar, but one could perhaps argue that the spirit of the law in this case presupposes broader restrictions on military-related use of the territory.

Russia Right to Be Concerned by NATO Expansion - Jacques Cheminade

One in Three Russians Fears War With US & NATO – What's Driving Their Concerns?