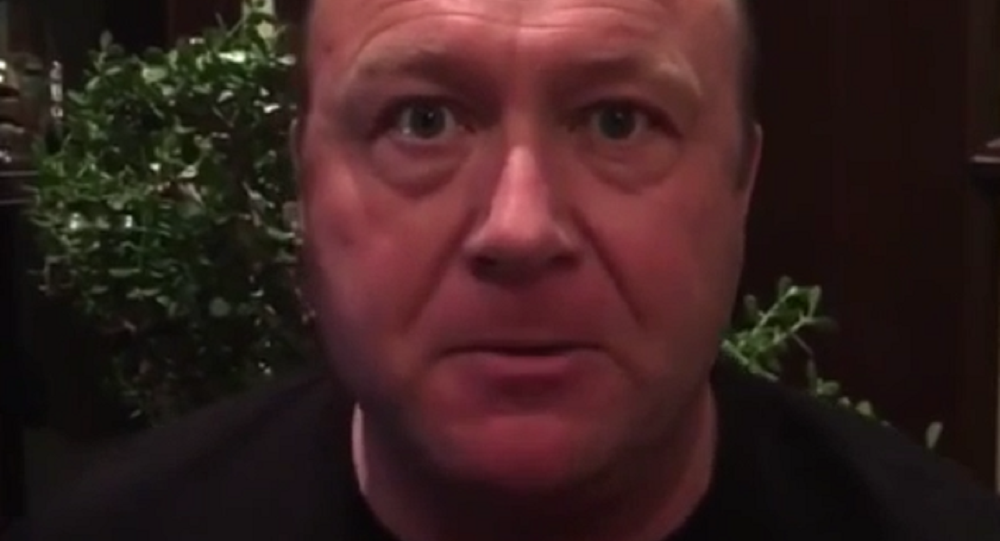 A child custody lawsuit pits “America’s biggest conspiracy theorist” Alex Jones against ex-wife Kelly Jones, who is seeking payments from the Infowars founder for child support. Kelly claims her husband is “not a stable person,” but the man US President Donald Trump once praised as having an “amazing” reputation is simply “playing a character.”

That’s according to his attorney, who says the antics come with the territory for the “performance artist,” the Austin American-Statesman reported.

The duo have three children, ages nine, 12, and 14. Kelly already receives $43,000 per month from her ex-husband. The jurors “are not going to believe the amount of money that has been spent on this case,” the judge reportedly said. “It is not within the realm of experience of their lives."

© Sputnik / Maksim Blinov
Boeing to Lay off Hundreds of Engineers

Kelly’s lawyer says the mother has already spent $3.5 million on legal fees since she divorced. The mother, who "for all practical purposes" is "bankrupt," according to attorney Robert Hoffman, is $200,000 deep with the law firm after going through many different attorneys.

Orlinda Naranjo, the presiding judge in the case, "rejected the motion that Alex Jones should have to contribute more, noting that the average Travis County juror won’t understand why Kelly Jones’ monthly stipend is not enough to cover her legal bills," the news outlet added.

Alex Jones’ attorney, Randall Wilhite, also denies that his client’s words and actions can be a basis for evaluating Alex Jones’ capacity as a father. Basing a character assessment on Jones’ on-air shenanigans "would be like judging Jack Nicholson in a custody dispute," the report says, based on Nicholson’s portrayal of the Joker in the 1989 film Batman.

Wilhite argues that the opportunistic and extreme persona is solely a “character” Alex Jones plays. “He’s a performance artist,” the lawyer says.

Less than two weeks ago, Jones began one such rant, "I have nothing against gay people, I love them, they’re great folks but [California Congressman Adam] Schiff looks like the archetypal c***sucker with those little deer-in-the-headlight eyes … And there’s something about this fairy, hopping around, bossing everybody around, trying to intimidate people like me and you … I want to tell Congressman Schiff, hey listen a**hole, what’s your f***ing problem … he’s sucking globalist d***."

Kelly Jones says it's mental instability, while Alex Jones has made a massive income off his inflammatory and provoking comments. Trump told Jones in an appearance on The Alex Jones Show in 2015, "your reputation is amazing."

Jones has touted "theories" that the government controls the weather as a weapon, that the government planned the 9/11 attacks, that school shootings at Sandy Hook Elementary was merely a hoax devised by paid actors and that the Orlando shooting was another "false flag" operation to let more Muslims into America so jihadists "can attack us and then have our freedoms taken."

Busted! US Mainstream Media Ends Up Supporting Daesh in Syria