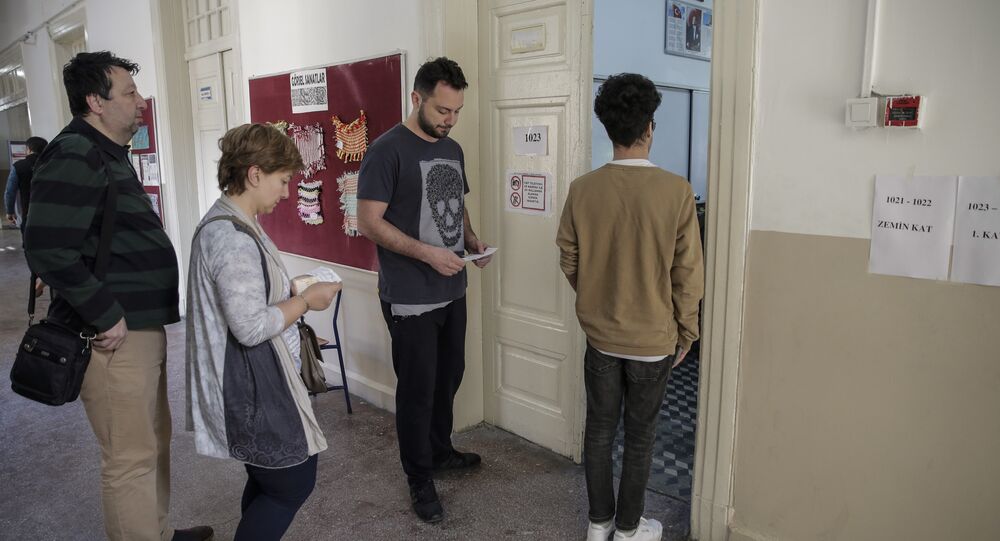 The Organization for Security and Co-operation in Europe's (OSCE) characterization of Turkey's constitutional referendum is one-sided and subjective, the Turkish Foreign Ministry said in a statement obtained by Sputnik on Monday.

ANKARA (Sputnik) — Earlier in the day, OSCE's Office for Democratic Institutions and Human Rights (ODIHR) called the media coverage in the run-up to Sunday's referendum lopsided in favor of the "yes" campaign. The OSCE and the Council of Europe Parliamentary Assembly said the Turkish referendum fell short of its standards.

"Their conclusion that the referendum allegedly does not meet international standards is unacceptable. This report demonstrates a one-sided and biased approach," the Turkish Foreign Ministry said.

The ministry pointed out that the OSCE observer mission "allowed themselves political statements even before the referendum."

"This proves that they came to the country wit stereotypes and did not observe the principles of objectivity," it said.