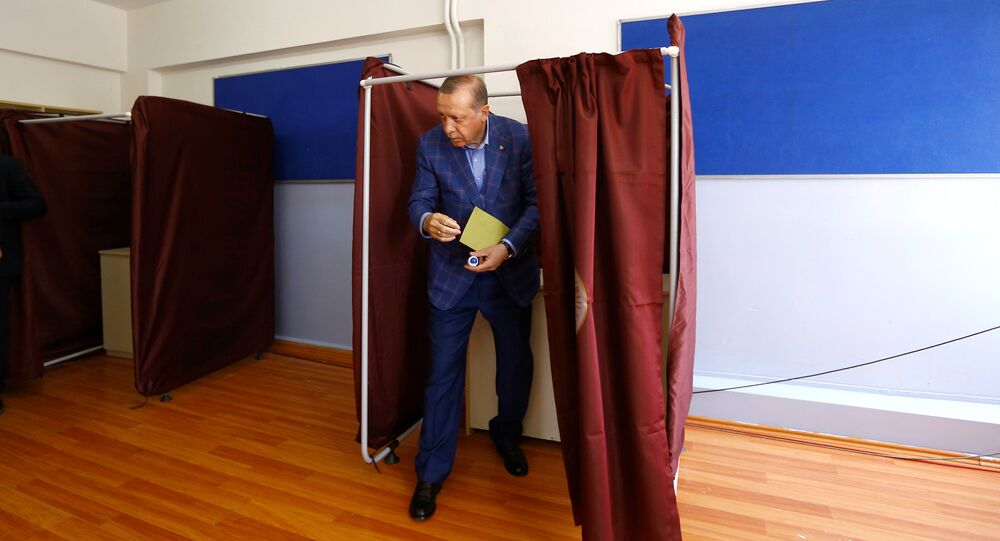 The 'Yes' vote is leading in the Turkish referendum on constitutional changes allowing for an expansion of presidential powers, according to the preliminary results, accounts for 25 percent of total votes cast.

© REUTERS / Alkis Konstantinidis
Tomorrow Turkey Will Never Be the Same Again
Over 63 percent of Turkish voters support the constitutional amendments, according to the Electoral Commission citing first preliminary results of the referendum.

On January 21, the Turkish parliament approved constitutional amendments that would strengthen the presidential powers over the legislature and the judiciary. If approved in the referendum, the president will also be able to remain the head of the political party he represents, have the ability to appoint a number of top judges and declare a state of emergency, which is not allowed by the current legislation. The decision was criticized by opposition parties as a power grab attempt by the president.

© REUTERS / Murad Sezer
How Biggest Day for Turkey in Decades May Influence Ties With Russia
About 55.3 million of voters were expected to cast their votes at over 160,100 polling stations, with 460 additional ballot stations operating in prisons. Turkish citizens living abroad have voted on the constitutional amendments before the voting day.

The press service of pro-Kurdish Turkish People’s Democratic Party (HDP) told Sputnik that its jailed leaders Selahattin Demirtas and Figen Yuksekdag were also expected to take part in the voting.

Tomorrow Turkey Will Never Be the Same Again