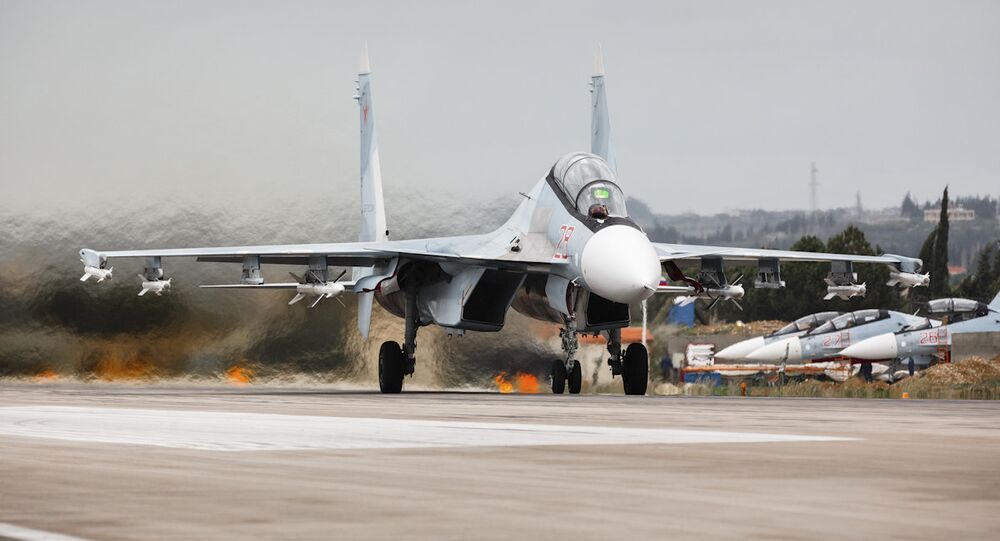 The United States has tried to avoid attracting attention to its activities in Syria after Russia was forced to halt the air safety agreement, which Moscow and Washington reached in October 2015 to prevent aerial accidents in Syria's crowded skies, defense analyst Viktor Baranets told Radio Sputnik.

"The Americans have kept a low profile after Russia suspended the memo. This is obvious. Dozens of issues that need to be coordinated arise daily since [Russia] and the Western coalition are active in the same airspace. But Americans feel shaky," he said.

© Sputnik / Mikhail Voskresensky
US Missile Attack in Syria: 'Goal of US Foreign Policy is to Prolong the War'
The memorandum of understanding on flight safety over Syria came into effect in October 2015, less than a month after Russia launched its counterterrorism operation in the war-torn Arab country. Moscow and Washington have discussed issues relating to the deal during regular videoconferences, with the latest held March 24.

Russia suspended the non-binding deal following the Pentagon's unexpected show of force in Syria. Last week, US President Donald Trump authorized a massive airstrike on a military base operated by Damascus-led forces. The operation came in retaliation for a chemical attack in the province of Idlib, which Washington and its allies blame on President Bashar al-Assad. No hard evidence has been presented to support this view. For its part, Syrian leadership has denied using toxic substances against civilians.

On April 14, Kremlin spokesman Dmitry Peskov said that Russia was ready to resume coordination on flight safety on the condition that Washington refrains from "unpredictable actions" in the future.

"One cannot rule out that [Moscow and Damascus could carry out a preliminary reconnaissance mission] and send their aircraft to hit the same target as the US. What will happen then? We will start pushing and shoving each other! Each step needs to be closely regulated and clear," the analyst said.

Baranets also urged to add extra clauses to the document to make it more efficient.

"The memorandum did not contain a mutual verification mechanism. This was merely a pact based on good intentions, if you will. But we adhered to these agreements. It is a major loss of face for the Americans to follow the rules written by the Russians. However, if such unreliability and unpredictability of partners are excusable in politics, they are unacceptable in military relations, particularly at a time of war," he said.