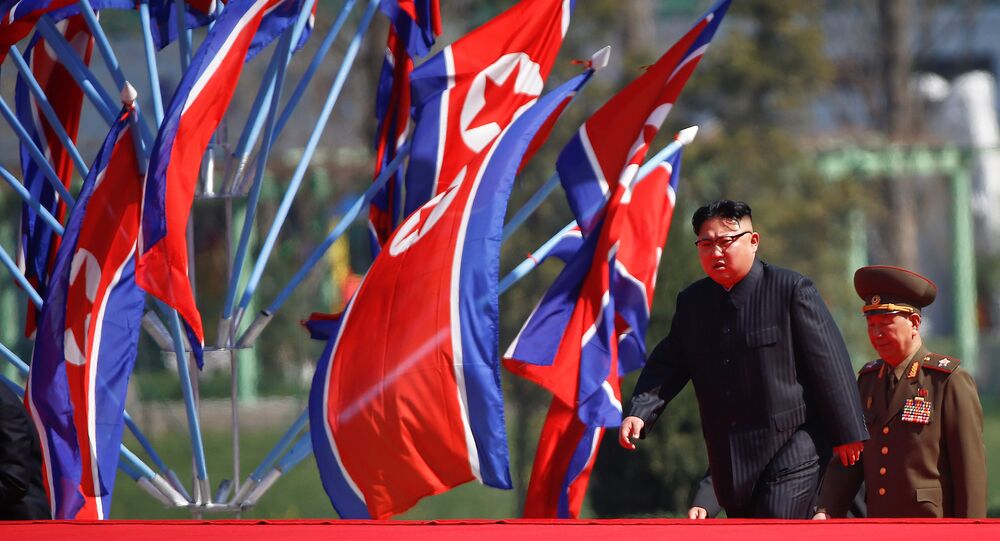 Amid mounting tensions over the Korean Peninsula, US President Donald Trump claimed Thursday that North Korea is a "problem" that will be "taken care of," according to the White House.

WASHINGTON (Sputnik) — The ongoing conduct of the government of North Korea is a "problem" that will be "taken care of," President Donald Trump told reporters according to a White House pool report on Thursday.

"North Korea is a problem, the problem will be taken care of," Trump said meeting the press in the Roosevelt Room of the White House, according to the pool report.

© REUTERS / KCNA
Not Our Fault: North Korea Says Washington to Blame for Escalating Tensions
Trump told the reporters that he was indifferent to the possibility that the dropping of a record large bomb by the US Air Force on a target in Afghanistan sent any kind of "message" to the North Korean leadership in Pyongyang.

Trump also praised Chinese President Xi Jinping, whom he met in Florida a week ago, and the government of China for "working very hard" to try and help resolve conflicting issues with North Korea.