The United Kingdom's intelligence organization was the first to spot alleged ties between the US President Donald Trump's campaign team and Russian intelligence, the Guardian newspaper reported Thursday.

MOSCOW (Sputnik) — Toward the end of 2015, the UK Government Communications Headquarters (GCHQ) received information on "suspicious interactions" between figures close to Trump and people suspected of being Russian spies, the newspaper reported, citing sources close to UK intelligence.

© AP Photo / Andy Kropa
CNN, BuzzFeed Publish ‘Golden Shower’ Rumors, Other Media Outlets Mock Them
The sources reportedly added that in the first half of 2016, a number of western countries, including Germany, Estonia, Poland, Australia, the Netherlands and France, also passed on information about alleged contacts between Trump’s team and Moscow to the United States.

The sources told the newspaper that the US Federal Bureau of Investigation (FBI) and Central Intelligence Agency (CIA) did not respond promptly to the reports before the US election, as they were not authorized to examine private communications of US citizens without warrants.

"It looks like the [US] agencies were asleep… They [the European agencies] were saying: ‘There are contacts going on between people close to Mr Trump and people we believe are Russian intelligence agents. You should be wary of this’," one of the sources said, as quoted by the newspaper. 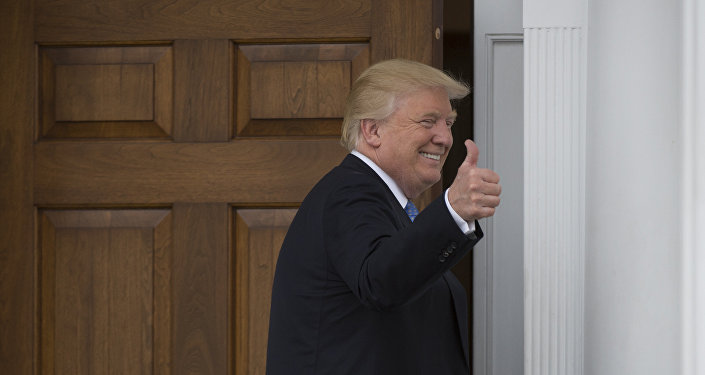 © AFP 2019 / Don EMMERT
4Chan Users Claim to be Source of Trump 'Golden Shower in Moscow' Hoax
In January, CNN and BuzzFeed media outlets reported on memos, compiled by an ex-UK intelligence agent, which allege that Trump had been groomed and supported by Russian intelligence for several years.

On January 13, Kremlin spokesman Dmitry Peskov called the dossier a forgery. Trump also called the collection of documents fake and said it was put together by his opponents. Then US Director of National Intelligence James Clapper stressed that US intelligence had nothing to do with its contents and did not assess their validity. The UK government also distanced itself from the matter, stating that its author had not worked for it for years.

Moscow has repeatedly refuted any allegations about Russia's involvement in the US election process and Russia's cooperation with Trump's staff during the election campaign.