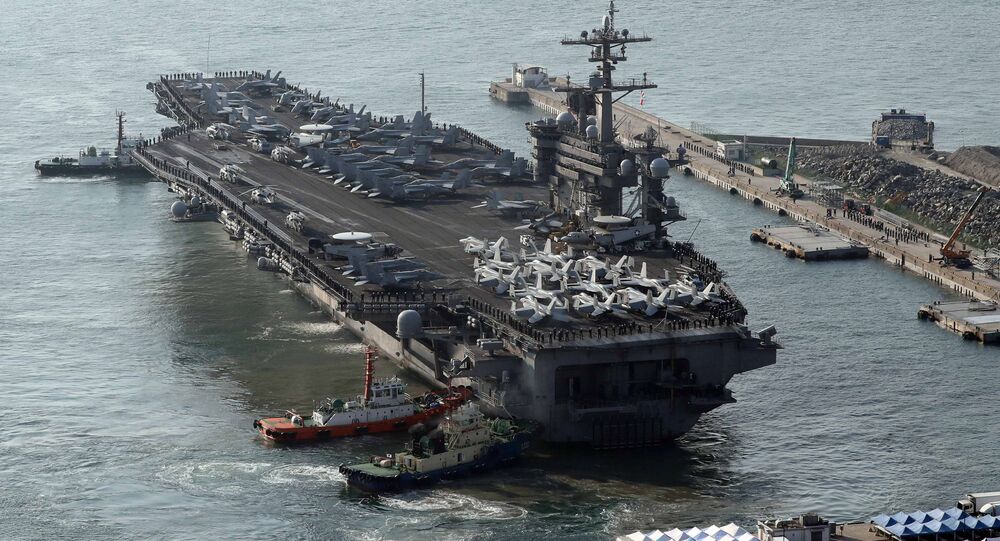 If Washington decides to carry out a unilateral military action against Pyongyang, the attack could lead to a nuclear disaster affecting the entire Korean Peninsula, Director of the Center of South Korean Studies at the Institute of Far Eastern Studies of the Russian Academy of Sciences Alexander Zhebin told Sputnik.

"Approximately 30 nuclear power plants are operational in South Korea. Several of them could be destroyed even if conventional bombs and shells are used. This could lead to five-six Chernobyl-type disasters on a relatively small area of 99 square kilometers that could instantly turn into a place unsuitable for life," he explained.

Earlier this week, United States President Donald Trump suggested that Washington was ready to deal with North Korea on its own, indicating that all options were on the table. "North Korea is looking for trouble. If China decides to help, that would be great. If not, we will solve the problem without them!" he tweeted.

​Such remarks "point to how much the Americans really care about the well-being of their allies," Zhebin observed.

Last week, the US launched 59 Tomahawk cruise missiles, targeting a base operated by Damascus-led forces. The offensive was said to be a response to a chemical attack in Idlib, which Washington and its allies blame on Bashar al-Assad, although no evidence has been provided to support these claims.

Zhebin pointed out that despite Washington's tough rhetoric, the White House appears to be reluctant to act unilaterally in North Korea since a military operation in the country is significantly more dangerous that a massive airstrike in Syria.

The Pentagon "cannot but take into account that in case of an airstrike against North Korea, US-made Tomahawks will fly toward the territory of Russia and China. This is a more dangerous scenario than the show of force in Syria," he said. "Russia will not be able to wait for US missiles to accidentally land on its territory. Moscow will be forced to shoot down the missiles while they are in North Korean airspace."

A potential military operation in North Korea is further complicated by the fact that the United States apparently does not have information on all the exact location of all nuclear facilities and missile launchers in Pyongyang's arsenal, the analyst added.

© AP Photo / Ahn Young-joon
Washington 'Won't Be Able to Solve' North Korean Problem Without China
"Otherwise, the United States could have carried out an airstrike against North Korea long ago," he said.

Zhebin also pointed out that Tomahawk cruise missiles have an issue with accuracy.

"The war in Iraq has shown that US missiles landed in all neighboring countries, whether by mistake or intentionally. In any case, they were found there. As a result, Washington's possible offensive operation in North Korea, a nuclear-armed state bordering Russia and China, seems like madness from the military point of view. It also points to extreme adventurism on the part of the current US administration," he said.

Russia, US Back Strict Implementation of UNSC Decisions on Korean Peninsula