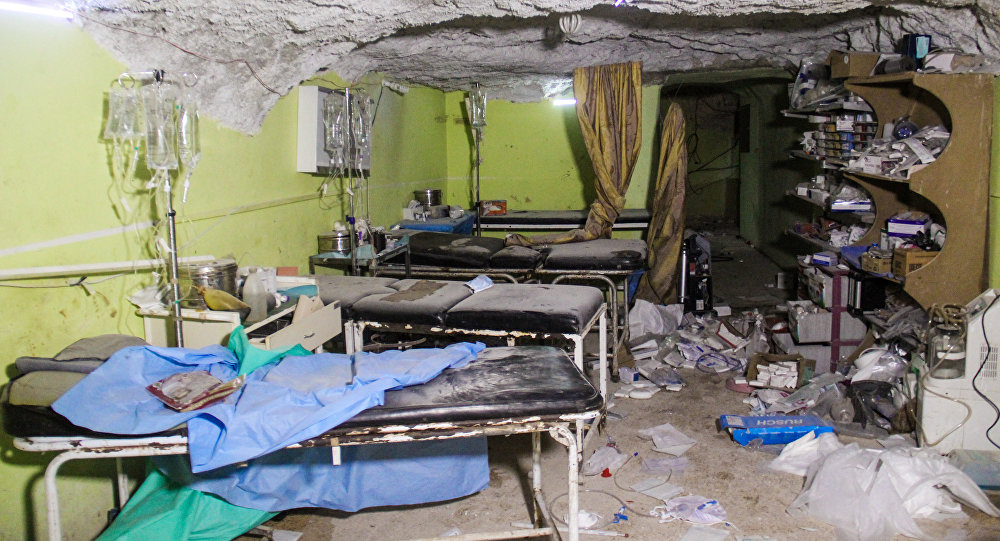 MOSCOW (Sputnik) — Lavrov told reporters he "sufficiently convincingly" explained to US Secretary of State Rex Tillerson on Wednesday the reasons why a special independent UN and OPCW-based study should investigate the purported attack.

"But, considering the enormous very confrontational resonance surrounding what happened in Syria, we offered to complement these structures with professional inspectors in this field who would be invited from both Western countries, Russia, and regional countries," Lavrov said.

© AFP 2019 / LOUAI BESHARA
Idlib Chemical Attack: West Blames Assad Even Before Probe Launched
He said "it seemed to me that Tillerson quite positively reacted to this idea."

Western countries' reluctance to send experts to the site of a reported April 4 chemical attack in Syria's Idlib province rely on "excuses" of purported dangers, he said.

Lavrov told a briefing that US, French and UK colleagues "do not pay attention to the fact that they need to visit not only the airfield they suspect was the place where chemical weapons were loaded onto planes, but also the place where these shells were struck."

"They said 'we do not know who controls this area, it is not safe to send inspectors there.' These are all excuses," he stressed.