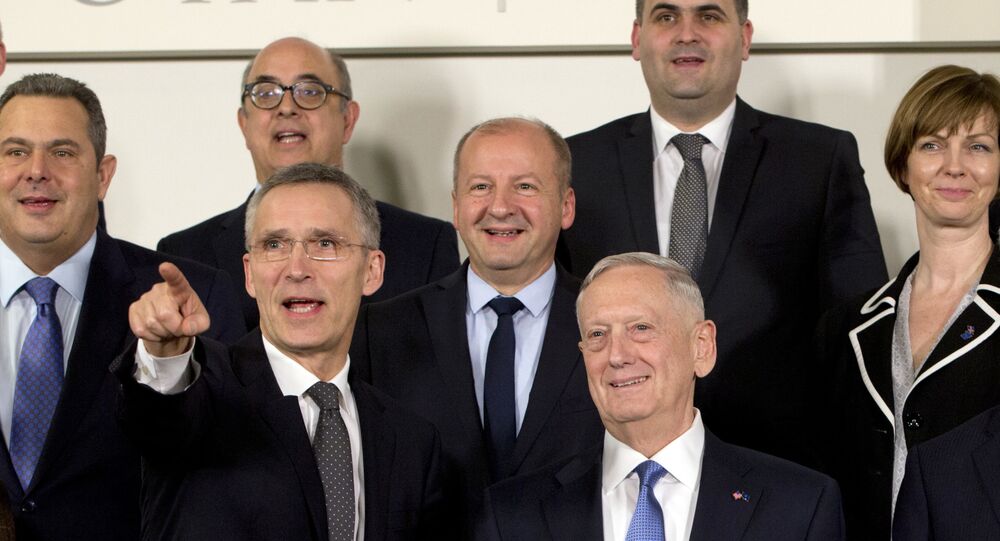 MOSCOW (Sputnik) — On Tuesday, Trump signed the protocol on Montenegro’s accession to NATO, the final step in ratifying the document.

"We consider the line to include Montenegro in NATO deeply mistaken, contrary to the fundamental interests of the people of this country, which is detrimental to stability in the Balkans and in Europe as a whole," the ministry said.

© AP Photo / Virginia Mayo
Trump Ratifies Protocol for Montenegro’s Accession to NATO
Last month, US senators voted 97-2 on Washington's Senate floor in favor of Montenegro's membership of the 28-member military alliance. This marked an important step for the Balkan country's inclusion into the international defense organization.

"We consider this step as a manifestation of inertia in Washington's policy, reflecting the logic of confrontation on the European continent, creating new dividing lines," the ministry said in a statement on its website.

In late January, the country's prime minister said Montenegro expected to become a member of NATO before the alliance's next summit in May, despite the opposition's calls to hold a referendum on the issue.