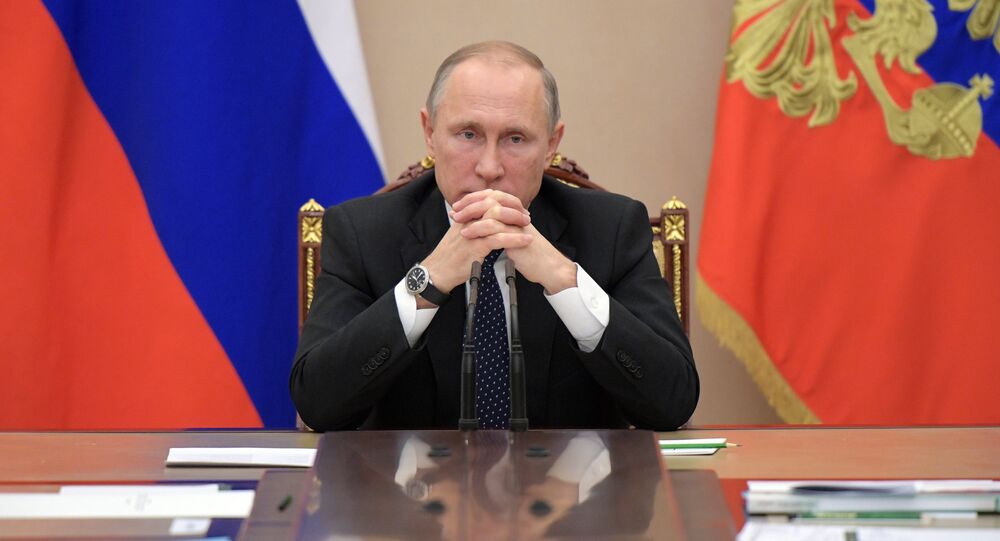 Russia's Faith in the US Has Waned Since Trump's Inauguration – Putin

Russia's trust in Washington has eroded rather than improved, especially at the military level, with Donald Trump at the helm of the United States, Vladimir Putin said on Wednesday.

"It is possible to say that [Russia's] level of trust [in the US] at the working level, especially at the military level, hasn't become better; it has, in fact, eroded," Putin told the Channel Mir-TV.

Moscow-Washington relations have been marred by a US missile attack on Syria.

© Sputnik / Mikhail Voskresenskiy
Trump Calls Assad an 'Animal,' Blames Russia for Current Situation in Syria
The Syrian foreign minister denied the government’s involvement in the Idlib incident, saying it had never nor would it ever use chemical weapons on either civilians or terrorists operating in the country.

Putin: Everyone Wants to Restore Relations With US After 'Anti-Trump' Campaign