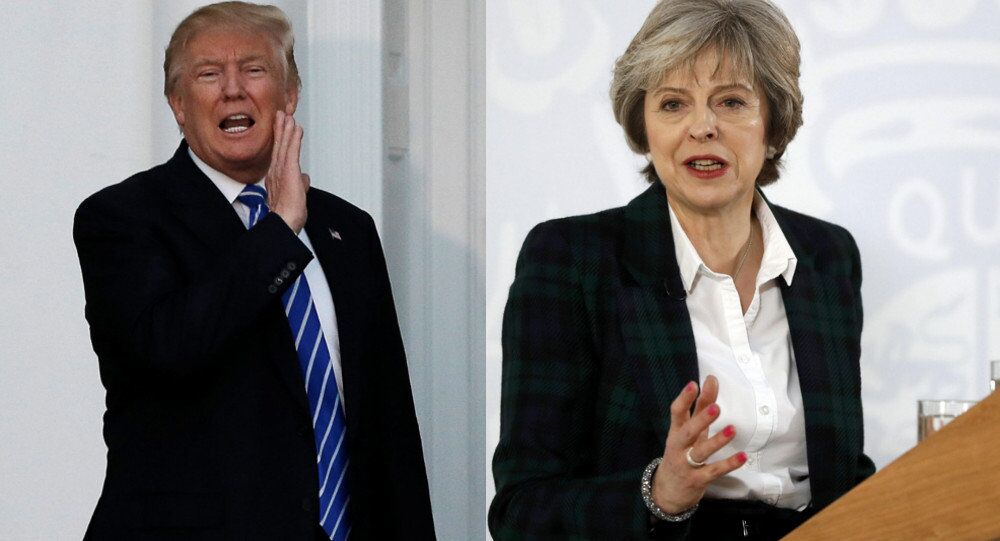 UK Prime Minister Theresa May and US President Donald Trump expressed hope on Monday that US State Secretary Rex Tillerson's visit to Russia will facilitate the peace process in war-plagued Syria.

“They agreed that US Secretary of State Tillerson's visit to Moscow this week provides an opportunity to make progress towards a solution which will deliver a lasting political settlement," the spokesperson said in a statement.

“The Prime Minister and the President agreed that a window of opportunity now exists in which to persuade Russia that its alliance with Assad is no longer in its strategic interest," the statement said.

Earlier in the day, White House Press Secretary Sean Spicer said that Tillerson will try get Russians "back on the same page" as the United States is on Syria.

Tillerson is scheduled to visit Moscow and meet with Russian Foreign Minister Sergey Lavrov on April 11-12.