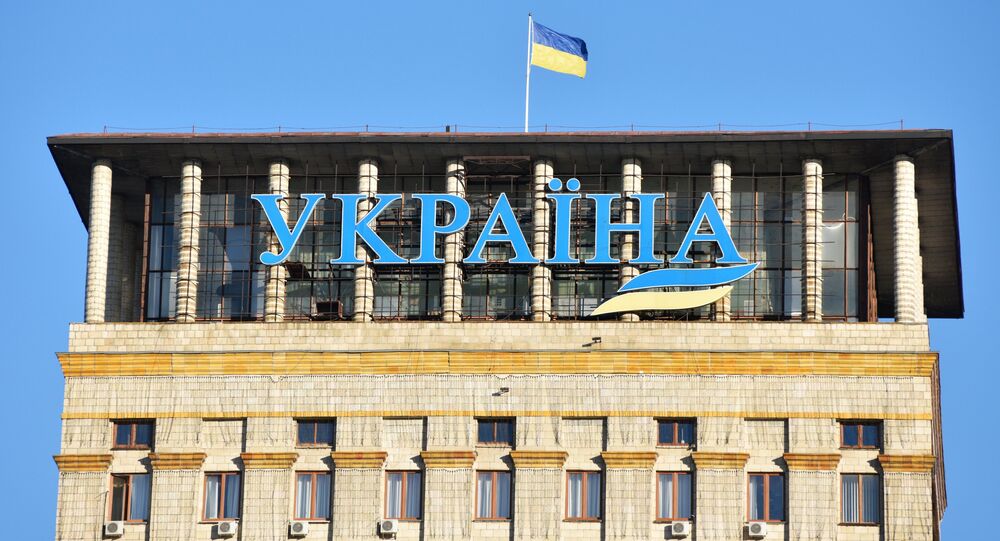 Commenting on the recent conversation between US President Trump and German Chancellor Merkel, where they voiced concerns over Ukraine and Afghanistan, political analyst Vladimir Shapovalov told Radio Sputnik that the choice of topics for the discussion reveals Washington's desire to distance itself from Ukraine and shift responsibility to Europe.

© AFP 2021 / John Macdougall, Jim Watson
Trump, Merkel Discuss Ukraine Conflict in Phone Call
US President Donald Trump and German Chancellor Angela Merkel discussed the situation in Afghanistan and eastern Ukraine over the telephone on Wednesday and "pledged close cooperation and coordination on these and other issues," according to a statement released by the White House.

Commenting on the choice of topics for the discussion between the two leaders, Vladimir Shapovalov, Deputy Director of the Center for Historical and Political Studies at the Moscow State Pedagogical Institute told Radio Sputnik that it is quite "telling."

"The choice of these two countries [for discussion] actually fits into the foreign policy model of President Trump on the rationalization of US activities and shifting the responsibility to its allies," he told Sputnik.

Afghanistan, he explained, remains a long-standing issue not only for the US, but for Germany. The US, he said, wants Germany, as a key European country and one of the key NATO member states, to play a more active role in the conflict alongside the US. Washington wants it to assume more responsibility not only for the budget of the alliance but for all the "hot spots" where NATO forces are taking part.

© Sputnik / Natalia Seliverstova
Statements by New US Administration Cause 'Certain Optimism' – Moscow
As for Ukraine, the political analyst suggested that the US wants to distance itself from it.

"Both Europe and the US have definitely become tired of Ukraine. Not only military activities in the country but its intensifying political crisis remain a serious problem for Europe and the US. The conversation between Trump and Merkel reveals the weariness of the US and its desire to distance itself from the Ukrainian issue. [They] oblige Germany and Europe to deal with it," he told Sputnik.

Shapovalov also suggested that the so-called Normandy Format, also known as the Normandy contact group, a diplomatic group of senior representatives from four countries (Germany, Russia, Ukraine and France) to resolve the situation in the East of Ukraine will stay unchanged and it is highly unlikely that the US will join in.