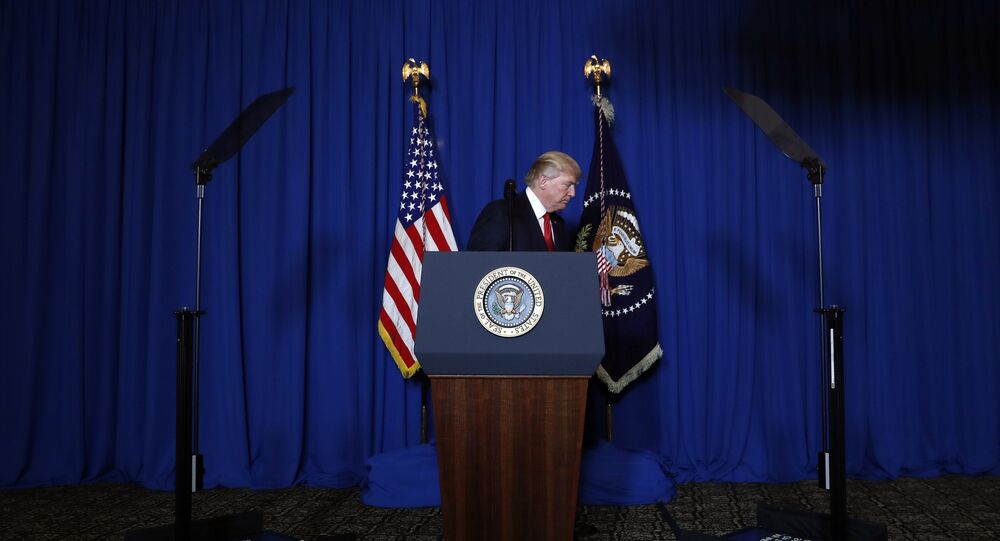 The US missile strikes in Syria have proven that the US is "the most unpredictable state in the world," the Russian Foreign Ministry said.

"I think it has been confirmed one more time that the policies and everything that currently happens in the US prove a disappointing fact: it is the most unpredictable state. And if there is something predictable in the US, it is the unpredictability of its foreign policy, Maria Zakharova said in an interview on Rossiya-1 TV channel.

The absence of a clear strategy in Washington is related to the wars of elites in DC, Maria Zakharova said. She added that the Americans "will be ashamed" of the attack in Syria.

"I would call it the game of American thrones. It is a war of internal political clans, military-financial, political and financial structures that cannot accept the results of the election."

"And the policies of London and other members of the North Atlantic Alliance (NATO) have always been based on Washington's course. For us it was not a surprise," Zakharova noted.

The US attack in Syria has nothing to do with attempts to find out the truth about the use of chemical weapons in Idlib, ministry's spokeswoman said.

"They [the United States] have just demanded to conduct an investigation regarding the equipment, the aircraft, used in [Khan Sheyhun] strikes. And then they carry out a strike on the equipment, they would like to examine, to analyze."

"This has absolutely nothing to do with attempts to find out what happened with the chemical weapons, or to make any real steps in the direction of the investigation," she added.

Zakharova also pointed out that Russia had a number of questions to the United States regarding its strikes on Syria airfield, adding that the questions would be addressed to US Secretary of State Rex Tillerson, who is set to visit Russia next week.

© AFP 2021 / Omar haj kadour
Moscow on Reports of Chemical Attack in Idlib: White Helmets, SOHR Aren't Reliable Sources
On Thursday night, the United States launched 59 Tomahawk cruise missiles at the Syrian military airfield in Ash Sha’irat, located about 40 kilometers (25 miles) from the city of Homs. US President Donald Trump said the attack was a response to the alleged chemical weapon use in Syria's Idlib on Tuesday, which Washington blames on the Syrian government.