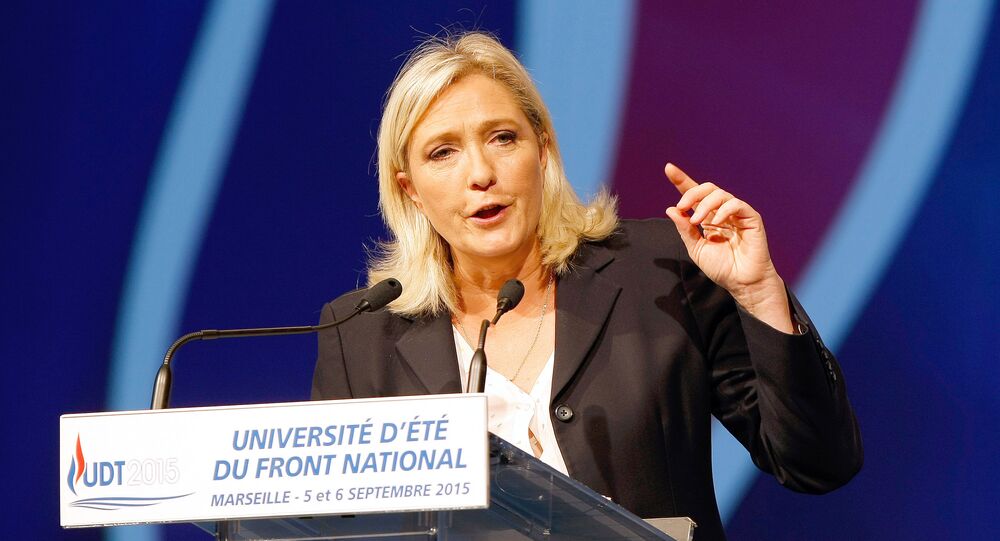 MOSCOW (Sputnik) — French presidential candidate Marine Le Pen said the Islamic State terror group (Daesh) was the enemy in Syria, in an interview with a local broadcaster on Friday.

"For me, the bad guys are the IS. Does [Syrian President] Bashar Assad send Syrian soldiers to kill children in our streets? It is the IS that sends its soldiers to kill our children," Le Pen told the BFM TV, asked whether France would be in the camp of Assad with her in charge.

She spoke hours after US President Donald Trump ordered a missile attack on a government airfield in Syria’s Homs, killing several soldiers. He said this was in retaliation for Assad’s chemical weapons attack on a Syrian town held by local opposition forces, a claim Damascus has denied.

© REUTERS / Stephane Mahe
Le Pen Gains on Macron, Still to Lose Presidential Runoff
The French politician stressed Trump had been elected president on a pledge to end US overseas interventions and attempts to topple foreign regimes. She said Washington had once "sold the story of weapons of mass destruction" in Iraq, which were not there.

Trump’s overnight attack, the first that intentionally targeted Syrian forces, signaled a sharp turn in the US policy after his administration said they were not prioritizing Assad’s removal. The United States brought down the government in Baghdad in 2003 on claims it was close to building a weapon of mass destruction.