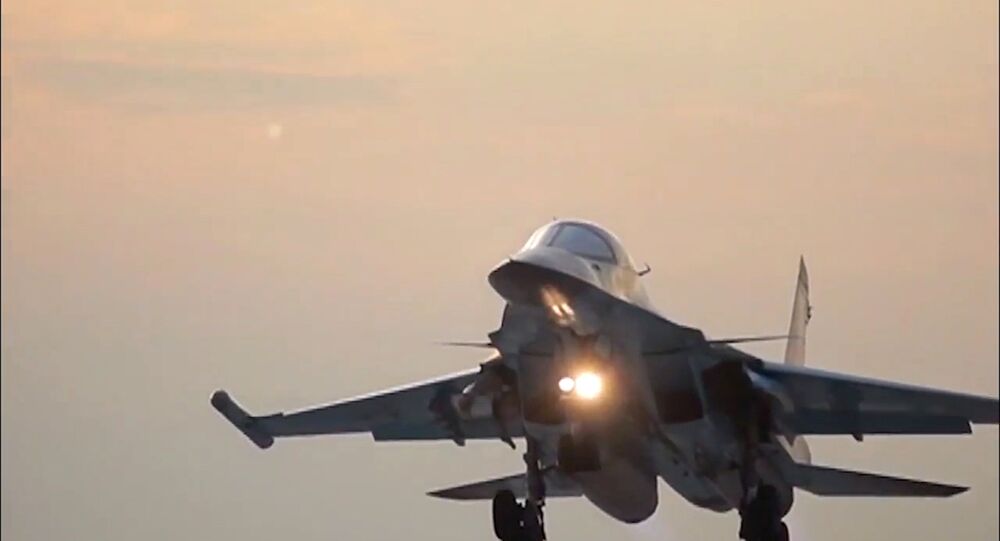 Russia appears to have drawn a "red line" by suspending the air safety agreement, which Moscow and Washington reached in October 2015 to prevent aerial accidents in Syria's crowded skies, Director on geopolitical studies at the Brussels-based European Institute for International Relations (IERI) Pierre-Emmanuel Thomann told Sputnik.

The deal was put on hold following the Pentagon's massive airstrike on the Shayrat air base operated by the Syrian Arab Army (SAA).

"By doing this Russia probably shows President Donald Trump that proceeding on the path of escalation will pose a threat to the United States," the analyst said.

Washington said that its operation in Syria was carried out "in retaliation" for President Bashar al-Assad using toxic compounds against civilians during an SAA mission on the outskirts of Khan Shaykhun, a town in the rebel-held province of Idlib.

The SAA command denied these accusations. The Russian Defense Ministry also said that Damascus did not use chemical weapons since the Assad government destroyed these armaments under a deal brokered by Moscow and Washington in 2013. The ministry explained that the Syrian Arab Air Force hit a large militant ammunition depot, which stored military hardware, as well as chemical weapons intended for Iraq.

© Sputnik / Mikhail Voskresenskiy
Pentagon's Airstrike in Syria: Trump 'Needs a Swift Victory to Resolve' Domestic Issues
Although the United States and its allies insist that Assad used deadly chemical intentionally, no evidence has been provided to beck up these allegations.

The memorandum of understanding on flight safety over Syria came into effect in October 2015, less than a month after Russia launched its counterterrorism operation in the war-torn Arab country. Moscow and Washington have discussed issues relating to the deal during regular videoconferences, with the latest one held March 24.