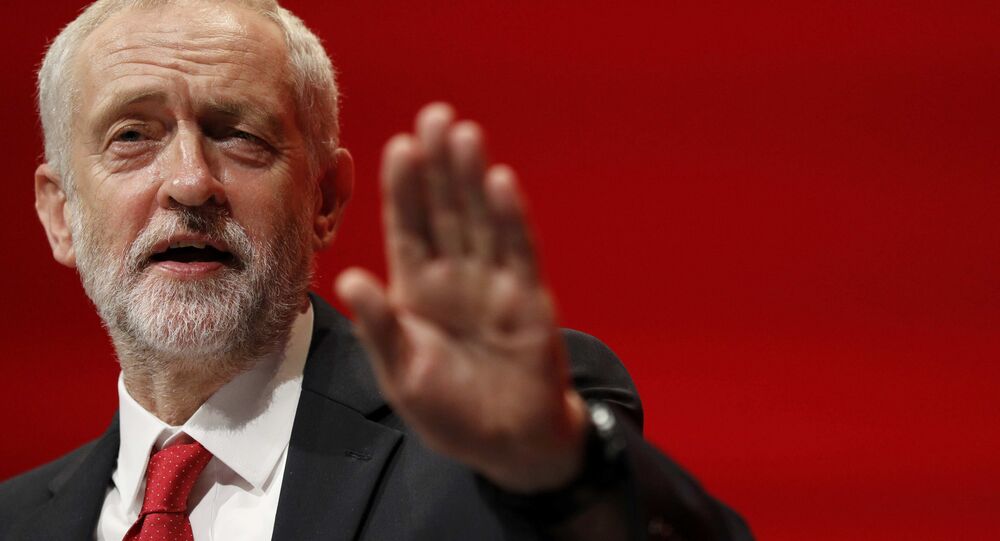 The US missile attack on an airfield in Syria could trigger the further escalation of the already violent and deadly conflict in the war-torn country, UK Labour Party’s head Jeremy Corbyn said on Friday.

© AFP 2020 / Mohamed al-Bakour
Russia Awaits US Evidence of Syrian Army Chemical Use in Idlib - MoD
MOSCOW (Sputnik) — On Thursday night, the United States launched 59 Tomahawk cruise missiles at the Syrian military airfield in Ash Sha’irat, located about 40 kilometers (25 miles) from the city of Homs. US President Donald Trump said the attack was a response to the alleged chemical weapon use in Syria's Idlib on Tuesday, which Washington blames on the Syrian government.

"The US missile attack on a Syrian government air base risks escalating the war in Syria still further," Corbyn said, as quoted by the press service of the Labour Party.

Corbyn noted that the chemical attack, which killed 84 people, according to the World Health Organization (WHO), required a thorough independent investigation, whereas unilateral, unauthorized steps would only exacerbate the situation.

"Tuesday’s horrific chemical attack was a war crime which requires urgent independent UN investigation and those responsible must be held to account… But unilateral military action without legal authorisation or independent verification risks intensifying a multi-sided conflict that has already killed hundreds of thousands of people," Corbyn said, as quoted by the press service.

© Sputnik / Mikhail Klimentyev
Putin Considers US Attack in Syria Aggression Against Sovereign State - Kremlin
Corbyn called for initiating Geneva peace talks over the recent attacks and urged the British government to "throw its weight behind peace negotiations and a comprehensive political settlement."

Following the Idlib incident, the United Nations and the Organisation for the Prohibition of Chemical Weapons (OPCW) launched an investigation.

The US missile attack late on Thursday claimed the lives of 10 people, an officer of the Syrian Armed Forces told Sputnik. The Russian Defense Ministry said that the attack left two Syrian servicemen missing, four killed, and six suffering severe injuries from the fire. Homs Governor Talal Barazi said earlier on Friday that at least two civilians from a nearby village and five Syrian servicemen were killed.