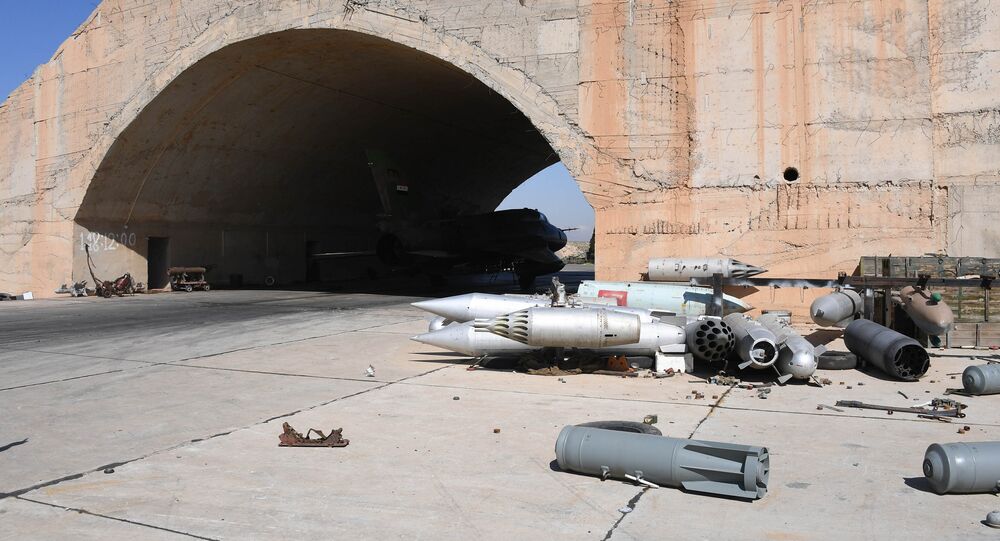 "I think that Trump will say that it is America's business and that it was a retaliatory strike and so on. He will continue to carry out a hawkish foreign policy. Washington's actions violate international law, but the Unites States does not care about this and does what it considers to be necessary at this moment," the analyst said. "Trump needs a swift victory to resolve domestic rifts and issues."

Defense analyst and editor-in-chief of the National Defense magazine Igor Korotchenko shared these sentiments, saying that Trump's decision to launch a direct attack against Damascus-led forces came as a result of a combination of foreign and domestic factors.

"By making this move, the United States president pursued domestic objectives among other things. He tried to fend off critics among the media and the Democratic Party and show that he was more tough and decisive than Barack Obama in a bid to prevent his approval ratings from falling."

Korotchenko described Washington's airstrike against Damascus as a gross violation of international law that could complicate the peace process in Syria.

These comments came after the two US guided-missile destroyers launched 59 Tomahawk land attack missiles (TLAMs) targeting the Shayrat air base, operated by the Syrian Arab Army. The operation, according to the Pentagon, came in retaliation for an alleged chemical attack, which claimed nearly 80 lives and left 200 injured on the outskirts of Khan Shaykhun, a town in the rebel-held province of Idlib, on Tuesday.

© Sputnik / Michael Alaeddin
US Missile Attack in Syria Was 'De Facto' in Terrorists' Interests - Kremlin
The United States and its allies blamed President Bashar al-Assad for what had happened, but have not provided any evidence backing their allegations. The SAA command denied using toxic compounds against civilians during its operation in Khan Shaykhun. The Russian Defense Ministry said that the Syria Arab Air Force hit a large militant ammunition depot, which stored military hardware as well as chemical weapons intended for Iraq.

The Pentagon's operation drew condemnation from Moscow and Damascus.

Washington will try not to escalate tensions further, Fyodorov noted.

"The United States will inform the Russian Armed Forces [of any upcoming military operations in Syria] and make every effort to ensure that US missiles do not hit Russian service personnel since this could essentially lead to a major armed conflict," he said.

Terrorists Began Offensive Against Syrian Position Straight After US Attack