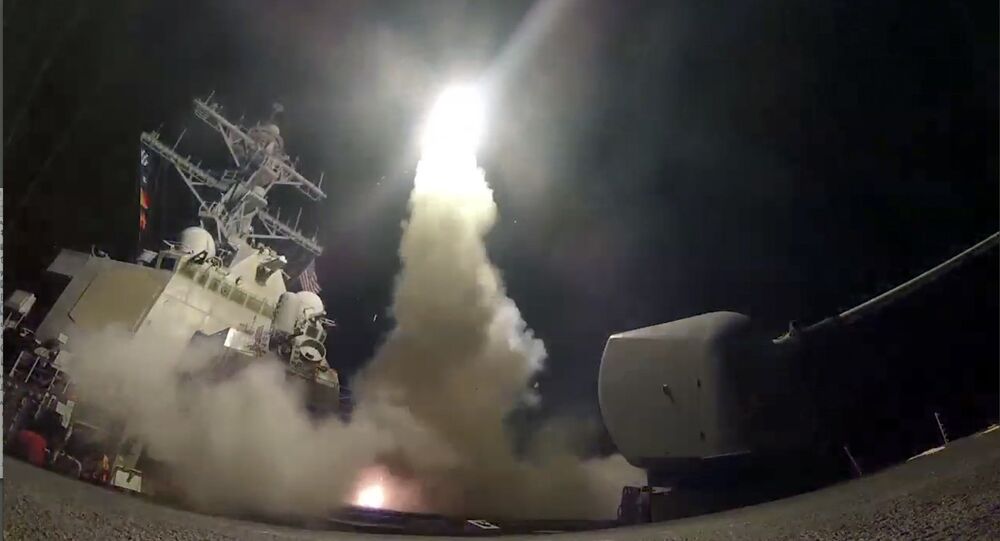 Saudi Arabia fully supports the missile strikes on the Syrian Ash Sha'irat airfield in Homs carried out by the US forces, following a reported chemical attack on the Syrian city of Idlib, local media reported on Friday, citing a source in the Saudi Foreign Ministry.

© REUTERS / Stefan Wermuth
UK SoD Expresses Full Support for US Missile Strikes on Syria Airfield
CAIRO (Sputnik) — According to the SPA news agency, Saudi Arabia has expressed a full support for the response of the US authorities to the alleged chemical attack in Idlib and has appreciated US President Donald Trump's decisiveness, blaming international community for inability to counter the government of Syrian President Bashar Assad.

© Sputnik / Mikhail Voskresenskiy
US Strike on Syrian Homs Airbase Reflects Support of Terrorists – Ambassador
Following the 2013 chemical weapon attack in eastern Ghouta, Syria, an incident which killed up to 1,500 people, Syria joined the Convention on the Prohibition of Chemical Weapons. In January 2016, the OPCW announced its completion of the chemical weapons disarmament in Syria.

UN Security Council Should Condemn US Aggression in Syria - Kremlin