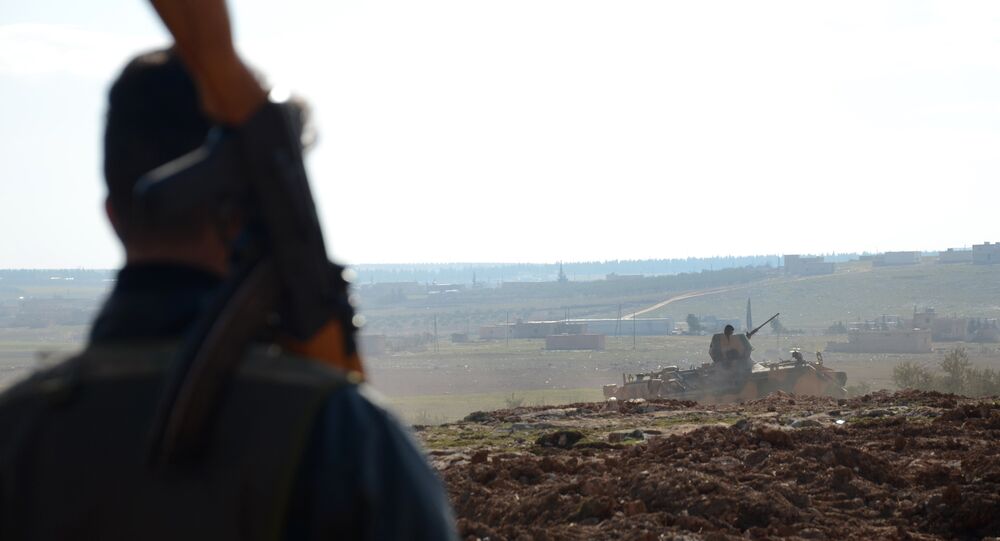 The Southern Front of the opposition’s Free Syrian Army welcomes the latest US missile strike on the Ash Sha'irat airfield near Homs in Syria as a way to prevent possible chemical attacks on the Syrians in future, spokesman for the Southern Front Issam Rais told Sputnik.

"Any strikes or attacks against the tools which kills Syrian people with chemical weapons and barrel bombs is welcome," Rais said.

The opposition High Negotiations Committee is supportive of the US military action, as they blamed the Syrian government for the suspected chemical attack in Idlib on Tuesday, which claimed the lives of some 80 people and inflicted harm on another 200 civilians.

"The regime is not the one who is stopping Daesh. We are fighting Daesh. Daesh will be weaker if the regime got more attacks," he added.

Following the 2013 chemical weapon attack in eastern Ghouta, Syria, an incident which killed up to 1,500 people, Syria joined the Convention on the Prohibition of Chemical Weapons. The country's decision to join the convention came as result of a US-Russian agreement on the elimination of chemical weapons in Syria under OPCW control. In January 2016, the OPCW announced its completion of the chemical weapons disarmament in Syria.