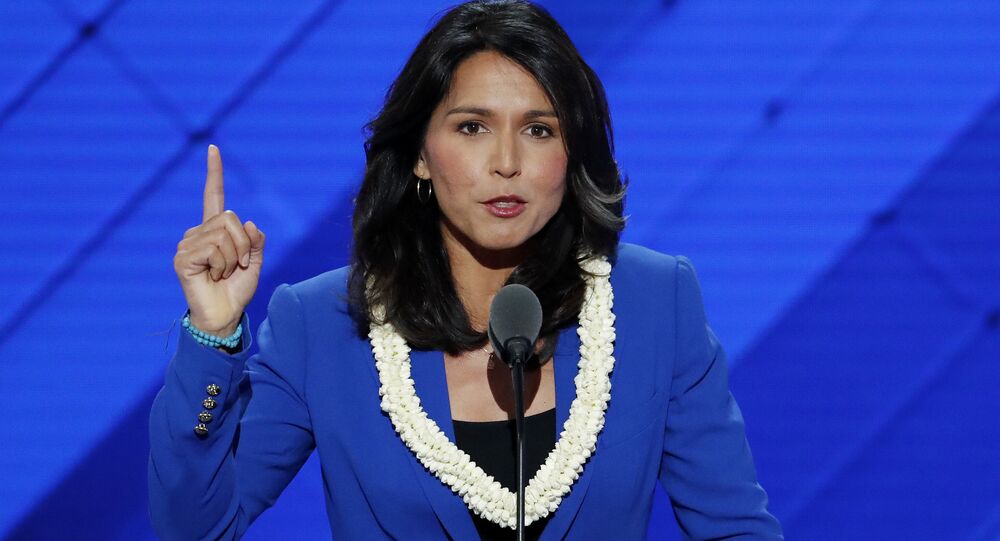 US Congressman Tulsi Gabbard said that Donald Trump's decision to conduct the Thursday missile strike against a Syrian airfield was a mistake that will escalate tensions with Russia and lead to more civilian casualties.

WASHINGTON (Sputnik) — US President Donald Trump's decision to conduct the Thursday missile strike against a Syrian airfield was a mistake that will escalate tensions with Russia and lead to more civilian casualties, at the same time jeopardizing the investigation into the reported chemical attack, US Congressman Tulsi Gabbard said in a statement.

"This escalation is short-sighted and will lead to more dead civilians, more refugees, the strengthening of al-Qaeda and other terrorists, and a direct confrontation between the United States and Russia — which could lead to nuclear war," Gabbard stressed on Thursday.

Gabbard warned that because of the US missile strike in Syria, it could now be impossible to determine whether Syrian President Bashar Assad is indeed responsible for the alleged chemical weapon use.

"If President Assad is indeed guilty of this horrible chemical attack on innocent civilians, I will be the first to call for his prosecution and execution by the International Criminal Court. However, because of our attack on Syria, this investigation may now not even be possible," Gabbard said.

© AFP 2020 / TIMOTHY A. CLARY
Russia to Demand Urgent UN SC Meeting Following US Missile Strike on Syria
On Tuesday, an alleged chemical weapon attack in Syria’s militant-held Idlib province claimed the lives of some 80 people and inflicted harm on an additional 200 civilians. The Syrian National Coalition of Revolutionary and Opposition Forces blamed the Syrian government troops for the attack, while Damascus has refuted these allegations.