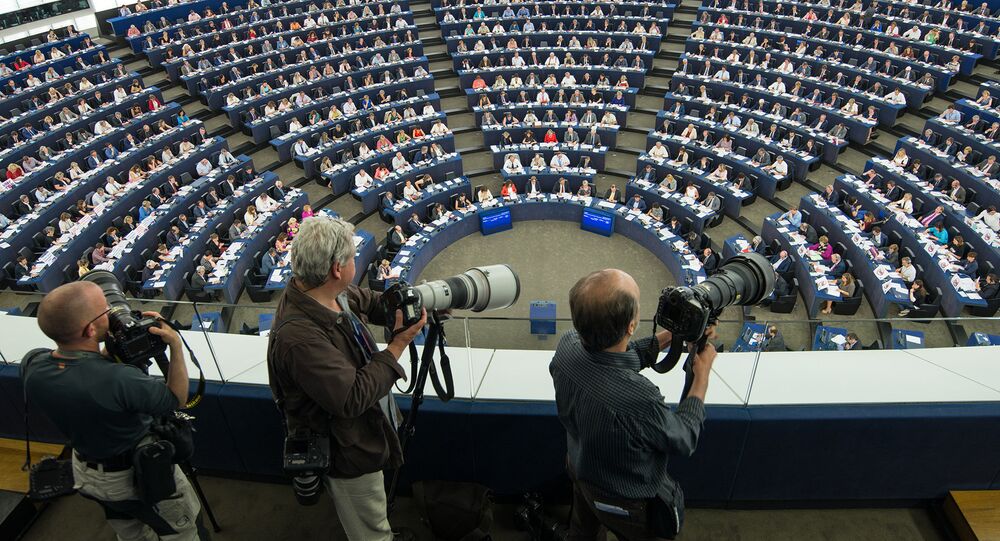 The European Parliament approved the introduction of the visa-free regime for Ukrainian citizens for short-term travels to the EU member states, the parliament said in a press release Thursday.

© AP Photo / Sergei Grits
EU-Ukraine Visa-Free Travel Begins Amid Ongoing Violent Conflict in Donbass
KIEV (Sputnik) — It was noted in the statement that the visa-free entrance for Ukrainians would be available to all EU countries, except for Ireland, the United Kingdom, Iceland, Liechtenstein, Norway and Switzerland.

"Under the new law, Ukrainians who hold a biometric passport will be able to enter the EU without a visa for 90 days in any 180-day period, for tourism, to visit relatives or friends, or for business purposes, but not to work," the statement said.

"Ukraine has achieved all the benchmarks, so the visa requirement should be lifted," parliament member and rapporteur for the proposal Mariya Gabriel was quoted as saying in the statement.

She characterized the decision as "another very strong message that Ukraine is a key partner for the European Union in the Eastern Partnership."

According to the press release, Ukraine’s visa exemption was supported by 521 votes, opposed by 75 members of parliament, while 36 abstained. The legislation is now to undergo the formal adoption by the Council of Ministers, after which it is likely to enter into force in June, 20, days after it is published in the EU Official Journal, the statement noted.