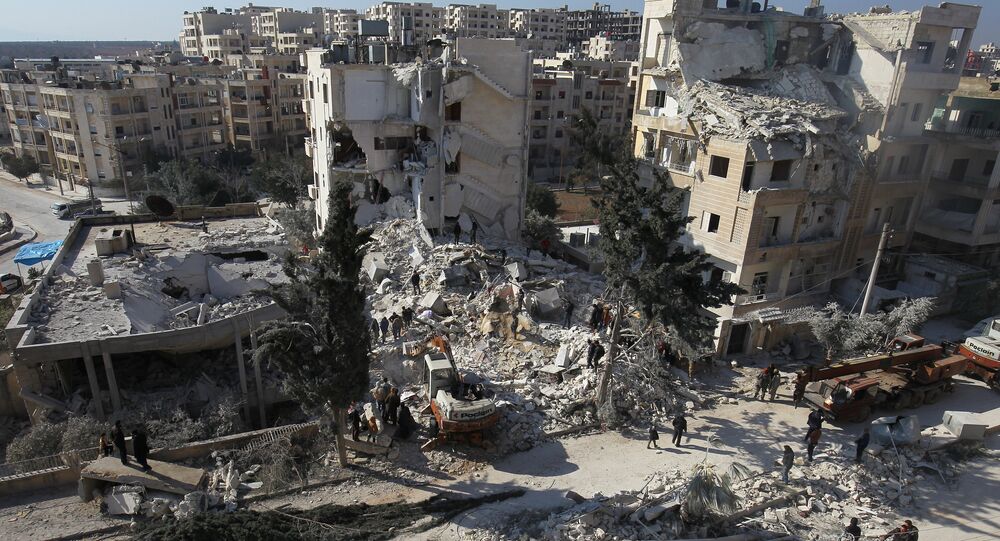 MOSCOW (Sputnik) — The Syrian National Coalition of Revolution and Opposition Forces reported that some 80 people were killed and 200 injured on Tuesday in a chemical weapon attack in the town of Khan Shaykhun in Idlib, blaming the Syrian army for the incident. A source in the Syrian army later told Sputnik that the army did not have chemical weapons and the allegations could be part of anti-Damascus propaganda.

"The two deadly chemical attacks on civilians in Syrian Idlib province and a local hospital were planned and carried out on the direct order of Syrian President Bashar Assad with the use of Syrian planes," Lieberman told the Yediot Ahronoth newspaper, adding that he was "100 percent certain about it."

© REUTERS / Omar Sanadiki
Against Assad? Why Accusations of Chemical Weapons Used by Syrian Army 'Not Supported by Facts'

Following an unprecedented chemical weapon attack in Syrian East Ghouta in 2013, Syria joined the Convention on the Prohibition of Chemical Weapons. This was the result of an agreement between Russia and the United States on the destruction of chemical weapons in the country under the control of the Organisation for the Prohibition of Chemical Weapons (OPCW) and it prevented the US military intervention in Syria. In January 2016, the OPCW announced that all chemical weapons in Syria had been destroyed.

However, in June 2016, the US State Department released a report stating that Syria continued to use chemical substances against citizens, and could also stockpile chemical weapons. UN High Representative for Disarmament Affairs Kim Won-soo said that the UN and OPCW experts still could not confirm the complete destruction of chemical weapons production facilities in Syria.