German Foreign Minister Sigmar Gabriel urged Russia to support the draft resolution of the UN Security Council on the incident with the suspected use of chemical weapons in the Syrian Idlib province that has killed some 80 people.

BERLIN (Sputnik) — Syrian opposition claimed Tuesday forces loyal to President Bashar Assad had used a chemical gas on people in the northwestern province, killing nearly 80 and injuring 200. Assad argued his government has no chemical weapons after agreeing to have them destroyed in 2013. He also ruled out having used chemicals against own people.

"We consider it correct that the UN Security Council will discuss today the incident with the poisonous substance. We also urge Russia to support the UNSC resolution to carry out investigation into the incident," Gabriel said at the Brussels Conference on Supporting the future of Syria and the region. 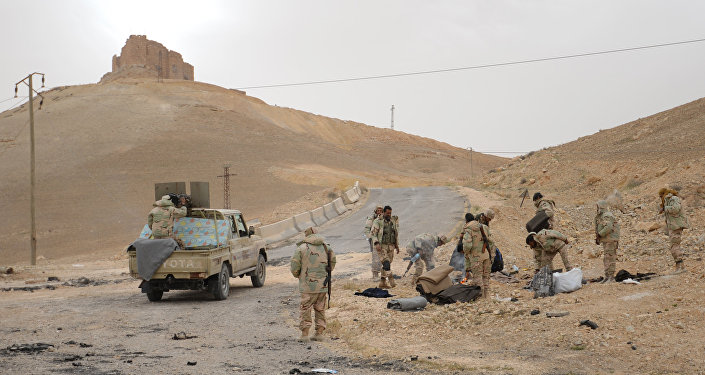 © Sputnik / Mikhail Voskresenskiy
Kremlin on Chemical Attack in Idlib: Russia Will Continue Supporting Assad in Anti-Terror Fight
Gabriel expressed confidence that "war criminals and war crimes should not be left unaccountable for."

In 2013, Damascus agreed to place its chemical weapons under international control for its further destruction. The step was taken to prevent the weapons of mass destruction from being captured by militants operating in the country.