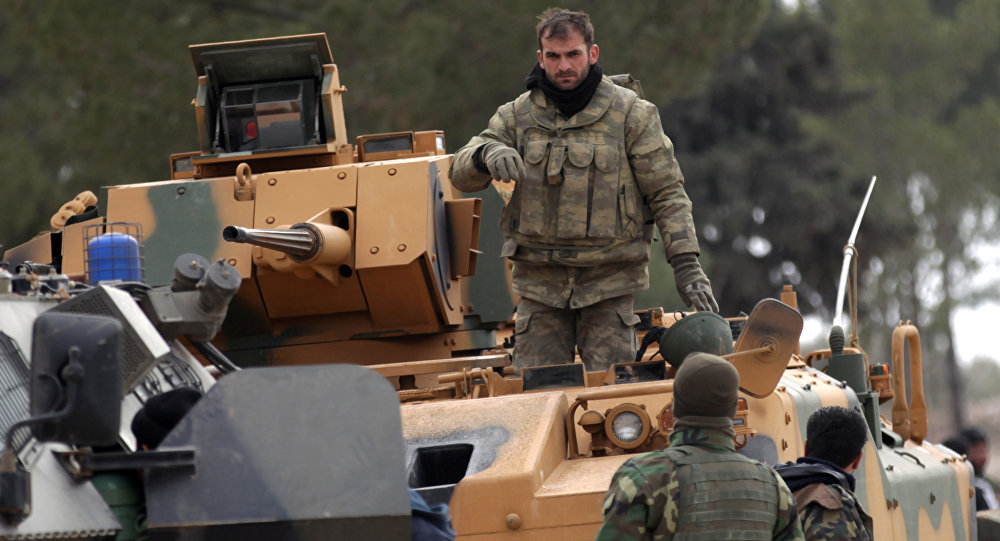 Damascus to Respond if Turkey Continues Aggression in Syria – Ambassador

The government of Syria has the right to protect its territory by all means including military if Turkey does not stop its actions in northern Syria, Syrian Ambassador to Russia Riyad Haddad told Sputnik.

MOSCOW (Sputnik) — Syria has been fighting against terrorism for more than six years now and "will continue to fight till the end, and Turkey is one of the countries that support terrorism," the ambassador added.

"Syria has the right to respond to any aggression against it. But our government believes the first step should be to inform the international community, international organizations, including the United Nations, and our allies, first of all Russia, in order to find a solution to the issue. But if we cannot find a solution, then certainly the Syrian government will defend its land by all means," Haddad said.

© REUTERS / Omar Sanadiki
US-Spawned Terrorism in Syria 'Will Turn Around Like a Boomerang & Destroy Them'
The ambassador also added that Damascus has called on the international community to put pressure on Turkey so that Ankara will stop its operations in northern Syria.

According to Haddad, Syria has raised this issue with the UN Security Council (UNSC) and discussed it with the representatives of the Russian center for Syrian reconciliation.

In late March, the Turkish National Security Council announced that Ankara had successfully completed Operation Euphrates Shield in northern Syria, during which the cities of Jarabulus and al-Bab had been liberated from the Daesh terrorist group, outlawed in Russia. However, Turkish Prime Minister Binali Yildirim said that a new operation was possible if Turkey's security was threatened.