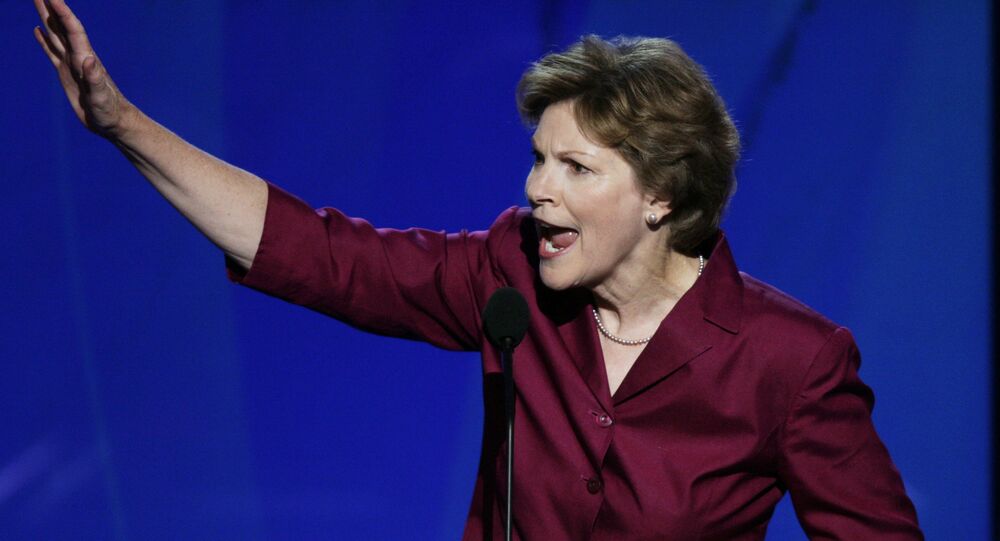 US Senator Goes After RT, Sputnik: They’re ‘Undermining Our Democracy’!

New Hampshire Senator Jeanne Shaheen set her sights on Sputnik News and RT, comparing Russian media to Nazi propaganda and calling for the companies to be registered as foreign agents.

During Shaheen’s rant on the Senate floor on Tuesday, she lobbied for a bill she proposed last month which would give the Department of Justice additional powers to investigate Russian media’s “funding sources and foreign connections.”

“Our bill will give the Department of Justice new and necessary authority to investigate potential violations of the Foreign Agents Registration Act by RT America,” Shaheen said. “This act was passed in the late 1930s in response to concerns about Nazi propaganda being disseminated in the United States without people knowing what it was. Well, this, I think, is absolutely appropriate today for us to take a look at what Russia and other countries may be doing to our news.”

© Flickr / Mathieu Thouvenin
Newsweek Journalist Claims US Intelligence Fed Him False Putin-Trump Conspiracy
The senator proclaimed that “the Kremlin closely supervises RT’s coverage including false news stories designed to undermine our democracy.” She then held up a photo of the editor in chief of RT, Margarita Simonyan, meeting with Russian President Vladimir Putin.

“Well, I believe the American people have the right to know if a Russian government entity is exploiting our First Amendment freedoms to harm our country,” Shaheen continued.

Shaheen then pointed to a board with headlines taken from Russian media, including one from Sputnik News, asserting that they are representative of “fake news.”

The Sputnik story, titled “Spying on Trump: CIA Whistleblower Points Finger at Clapper, Brennan, Comey,” was about Larry Klayman, the lawyer who founded Judicial Watch and who is currently running Freedom Watch, writing a letter to the House Intelligence Committee to call attention to a CIA/National Security Agency whistleblower's evidence on "systematic illegal surveillance" on prominent Americans and US businessmen, including now-US President Donald Trump.

Disagreeing with, or disliking, the conclusions Klayman came to surely does not make the story fake news.

Shaheen also acknowledged that Simonyan referred to the proposed legislation as “persecution of dissenting voices.”

“That’s just nonsense,” Shaheen said. “I welcome dissenting voices. That’s what our First Amendment is all about, but it is not reasonable or acceptable for an individual or organization working in the US on behalf of a hostile foreign government to conceal funding and direction that it receives from the government.”

RT reported last month that the European Parliament has also attempted to combat “hostile propaganda” by adopting a resolution that places Russian news on the same security threat list as beheading and mass-murder videos released by Daesh terrorists and other extremist organizations.