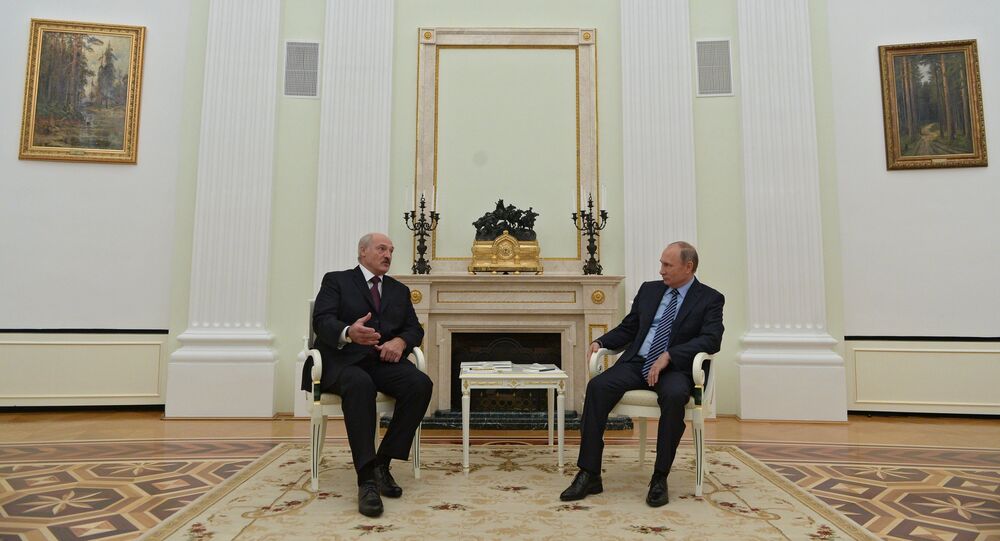 Putin, Lukashenko to Hold Talks in St. Petersburg on Monday

MOSCOW (Sputnik) — On Friday, Kremlin spokesman Dmitry Peskov said that Putin discussed with Russia's Security Council the development of allied relations with Belarus prior to the upcoming talks.

© Sputnik / Viktor Tolochko
No More Maidans: Russia Will Not Allow Belarus to Be Ripped Out of Its Orbit
Belarusian Deputy Prime Minister Vladimir Semashko said that Putin and Lukashenko would hold talks to discuss issues related to the Eurasian Economic Union (EAEU), particularly, to the problem of the common market.

In February, the Belarusian president slammed Russia for what he considered to be the deterioration of bilateral relations, citing alleged violation of economic agreements. The Kremlin considers Lukashenko’s claims incorrect, adding that any controversial points between the two sides should be solved in the course of negotiations.

In March, Lukashenko said that he had great relations with Putin, adding that he was ready to hold a meeting with the Russian leader to solve the existing differences.