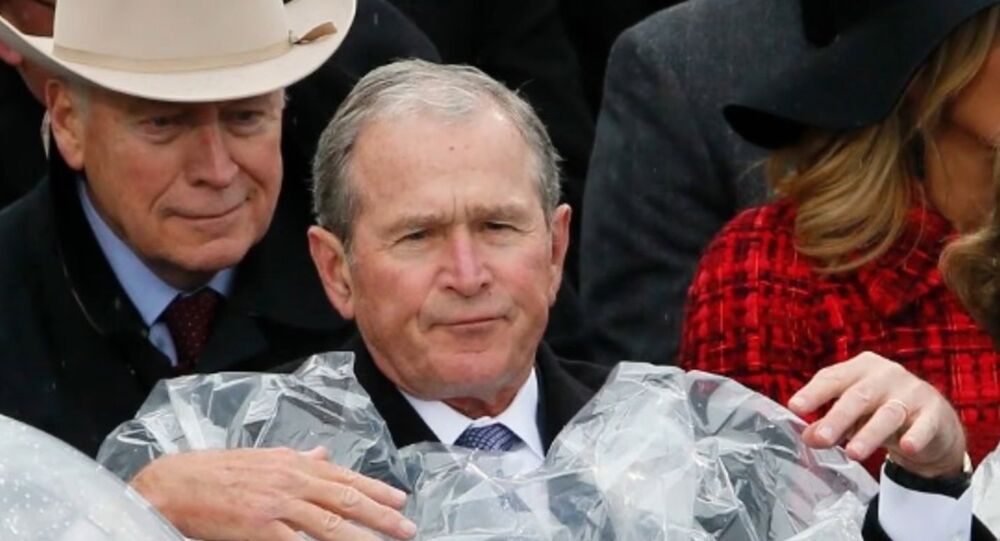 Bush famously made himself meme fodder by fiddling with a plastic poncho at the swearing-in ceremony, struggling to figure out how to put it on before finally just draping it over his head. As 43 exited the dais with the other former presidents and political figures, three people overheard him say, "That was some weird sh*t!" according to New York Magazine.

Bush did not endorse Trump, who not only defeated his younger brother Jeb Bush in the Republican primaries, but called him a "puppet" for wealthy donors, claimed his position on immigration was tainted by the fact that his wife is Mexican and bickered with him during debates.

After Trump was elected, however, Bush called the new president to offer his congratulations and say he and his wife would pray for his success.

MSNBC host Joe Scarborough responded to the 43rd president’s words on Twitter, adding, "My love for this man grows by the day."

One politico also posted the quote on Twitter with the caption, "I never thought I would write this next sentence. I agree with George W. Bush."

Due West: George W. Bush has the last laugh