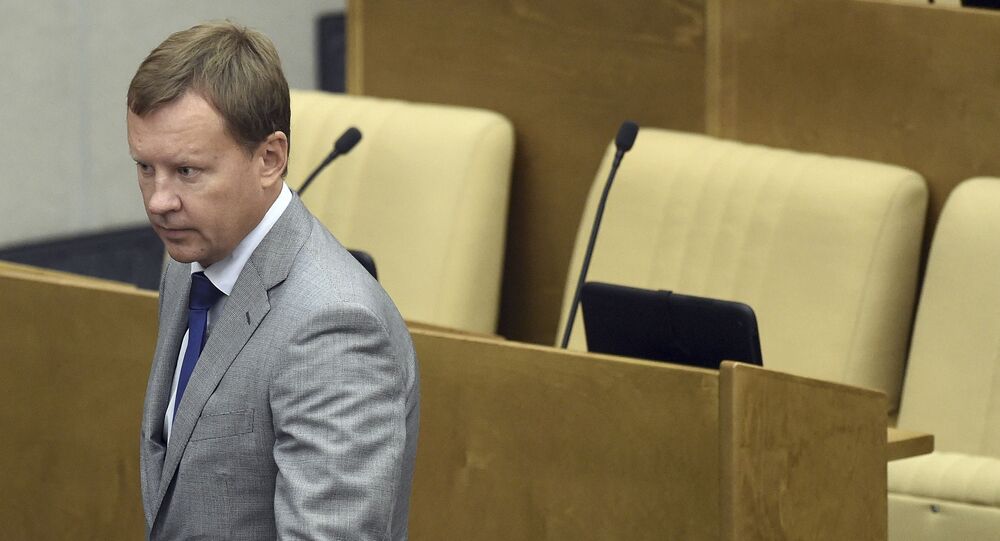 Ukrainian President Petro Poroshenko did not cite any facts to substantiate claims of Russia's involvement in the murder of ex-Russian lawmaker Denis Voronenkov in Kiev, Russian Foreign Minister Sergei Lavrov said in an interview with the National Interest Magazine.

MOSCOW (Sputnik) — Voronenkov was fatally shot in central Kiev on March 23. The Ukrainian authorities immediately claimed there was a "Russian trace" in the murder.

Kremlin spokesman Dmitry Peskov said that day that Putin was briefed on Voronenkov's death in Kiev. He later commented on Kiev's accusations of Russia allegedly being behind Voronenkov's death by saying that the allegations are absurd. He added that Ukraine was unable to ensure Voronenkov's safety and stressed that "we hope that the killer and those who are behind those actions will be identified."

"Now… this terrible murder of the Russian and Ukrainian citizen, who used to be an MP in Russia, and did not stay in the current parliament, and President Poroshenko two hours after the guy was murdered says that this was a terrorist attack from Russia — who also blew up the munition depot near Kharkov," Lavrov said.

"It was said a few hours later by the president of a democratic country, whom our American and European friends call a beacon of democracy. I thought democracy was about establishing facts when you have suspicions," he said.

© Sputnik / Vladimir Fedorenko
Moscow Shocked by Russian Ex-Lawmaker's 'Demonstrative' Killing in Kiev
Russia is ready to assist in conducting investigations on any issues that its partners may have, he said.

"We’re ready to discuss anything, any facts, I mean. We’re ready to assist in investigations of whatever issues our partners anywhere might have," Lavrov said.