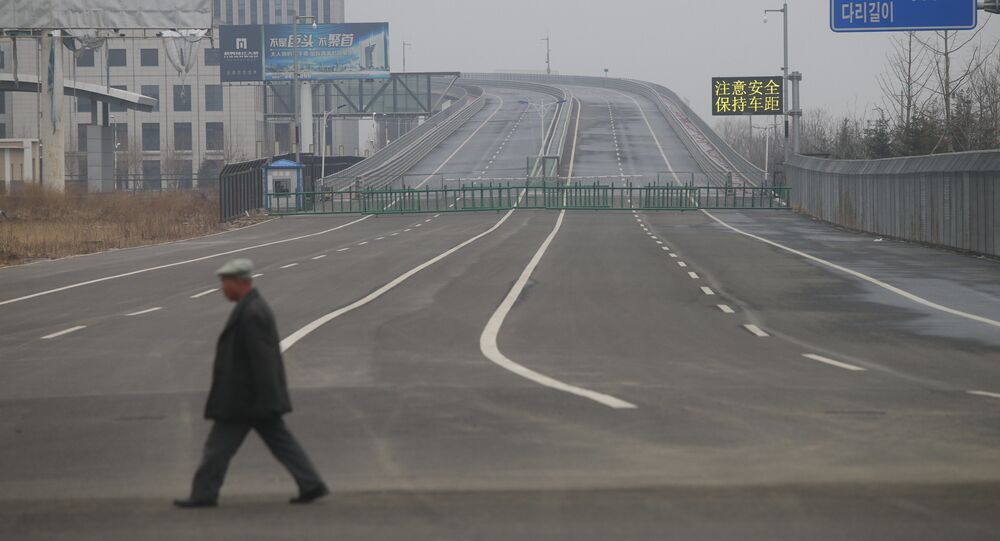 The first regular flight between the Chinese city of Dandong, located near the border with North Korea, and Pyongyang started operating in spite of existing political tensions surrounding the latter's nuclear and missile programs, media reported Wednesday.

MOSCOW (Sputnik) — Previously Pyongyang and Dandong were connected only via train, with the trip taking about six hours. The flights are operated by the North Korean state airline Air Koryo on Tuesdays and Fridays, the South China Morning Post newspaper reported.

The Chinese Foreign Ministry said last week that the "blind" sanctions against North Korea over its nuclear activities are unable to help overcome tensions on the Korean peninsula, since dialogue is necessary to solve this long-standing and complex issue.

Earlier in March, US President Donald Trump said Chinese authorities have done "little to help," to address the threat posed by the North Korean nuclear program.