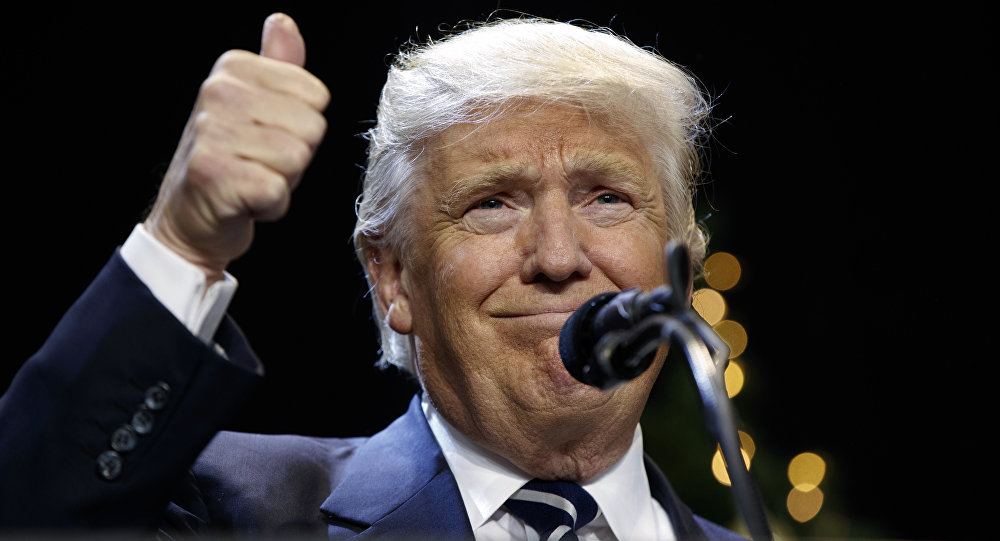 After a resounding rebuke from US lawmakers and the general public caused the proposed Republican healthcare replacement bill to be abandoned last Friday, US President Donald Trump’s approval rating, already the lowest of any newly inaugurated US leader in history, has dropped again.

After interviewing 1,500 American adults of voting age, a Sunday poll by Gallup has revealed that 57 percent of US citizens participating in the survey disapprove of Trump's progress, while 36 percent approve.

During President Barack Obama's first term in the White House, Trump tweeted: "@BarackObama has a record low 39% Gallup approval rating. Why so high?"

Trump has been obsessed with ratings — his own and his rivals' — for some time. Since he took office, he's been engaged in a Twitter feud with former governor of California Arnold Schwarzenegger regarding the latter's hosting of a reality show in which the president formerly starred. Trump called Schwarzenegger's ratings "pathetic" earlier this month.

Trump's record-breaking unpopularity is the lowest of any US president since the 1940s, according to the Financial Times. The ratings survey has an error factor of plus or minus 3 percent.

Lowest Approval Rating for New President in US History - Gallup