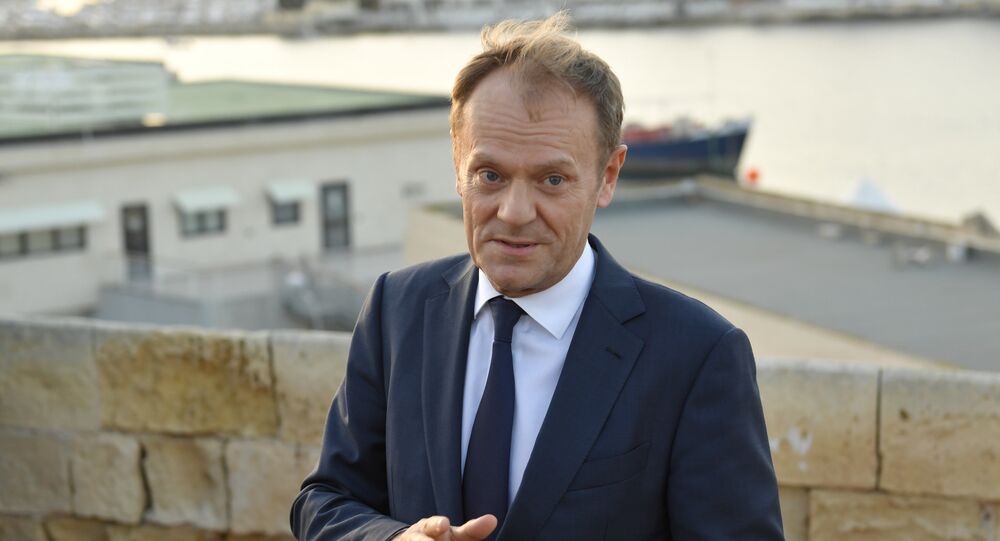 Polish authorities could challenge the reelection of former country's Prime Minister Donald Tusk as the European Council president due to a loophole in the procedure of the vote, Polish Foreign Minister Witold Waszczykowski said Monday.

WARSAW (Sputnik) — On March 9, Tusk was reelected as the chief of the EU body during the EU summit in Brussels, however, Polish Prime Minister Beata Szydlo was the only person, who opposed the reelection.

"We have expert evidence that Donald Tusk was reelected as the European Council president on the second term using a procedure that could be contested within the framework of the European law… There was no vote on Tusk. There was a question, who was 'against,' there was no a question, who was 'for,' who abstained. It is not true that we have lost 27:1, because these 27 countries have not been asked if they supported [Tusk] or abstained [from the vote]," Waszczykowski said, as quoted by the TVN24 broadcaster.

© REUTERS / Yves Herman
Juncker Says Trump Confused Him With Tusk
The Polish foreign minister added that the evidence would be presented by Szydlo and the government would discuss the need to contest the reelection.

Polish officials from the ruling Law and Justice (PiS) party have criticized the decision of Tusk, who is also the country's former prime minister from the largest Polish political party at the moment, to run for the second term and rejected to support him. Polish authorities had also proposed Jacek Saryusz-Wolski as its candidate for the EU post.