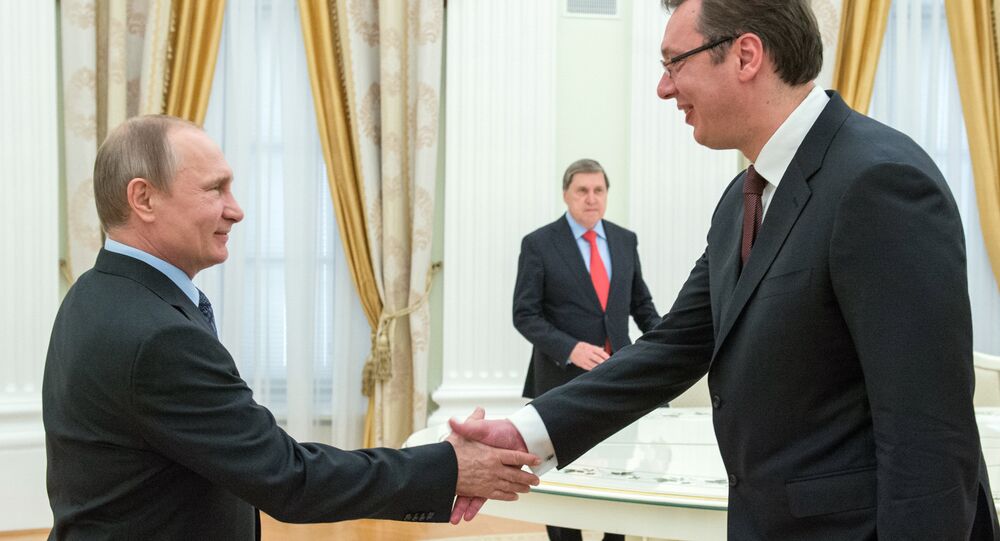 On Saturday, Vucic said that economy would be one of the main topics of discussion at his upcoming meeting with Putin. Vucic specified that the sides would in particular discuss ways to increase bilateral trade volume. He noted that the cooperation in the defense industry as well as in the military technical, culture and tourism areas will also be covered during the talks.

Vucic added that after his meeting with Putin, delegation meetings with the participation of Djordjevic and Vulin were expected to take place.

Earlier this month, Vucic also said he hoped to discuss with Putin the topics of mutual interest, especially economic, military and technical cooperation.

Vucic is the Serbian ruling coalition's candidate in the presidential election set for April 2. In February, President Tomislav Nikolic ruled out the possibility of running for the second time.