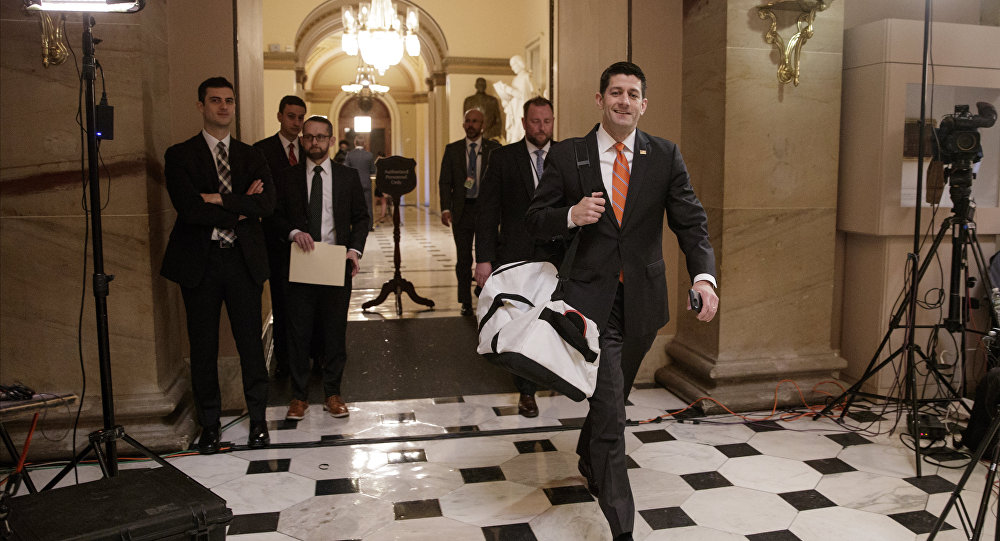 After postponing a vote on Thursday, the US House was supposed to vote on the replacement legislation, called the American Health Care Act (AHCA) on Friday, but President Donald Trump asked Ryan to pull the bill.

​Ryan reportedly walked to the White House to tell Trump he didn't have the votes to pass the bill. Trump immediately picked up the phone, called the Washington Post, and said he was pulling the bill.

"This is a disappointing day for us," Ryan said. "I'm really proud of the bill we produced," Ryan said, in the middle of a national embarrassment. Ryan is congratulating himself and the rest of the GOP, even though after seven years, the bill the GOP said it had ready apparently never existed. Or, as Congress has made clear, it was a bad bill.

"We're going to go back and figure out what the next steps are," Ryan said. The Freedom Caucus told Ryan that most of its members would not vote for the bill, meaning Ryan couldn't whip enough votes to pass a bill in a chamber controlled by his own party.

Obamacare "is the law of the land."

"We're going to be living with Obamacare for the foreseeable future."

Ryan continues to tout claims that "there is only one choice" among health plans in a number of states. This is at best a half-truth, however, as people have the opportunity to buy plans off the Obamacare exchanges, and in fact many people do this in the US.

"This does make tax reform more difficult…but it doesn't make it impossible."

"We actually have to get 216 people to agree on something to do things," Ryan said, adding for ten years, the GOP has solely been an opposition party whose job it was to say no to everything.