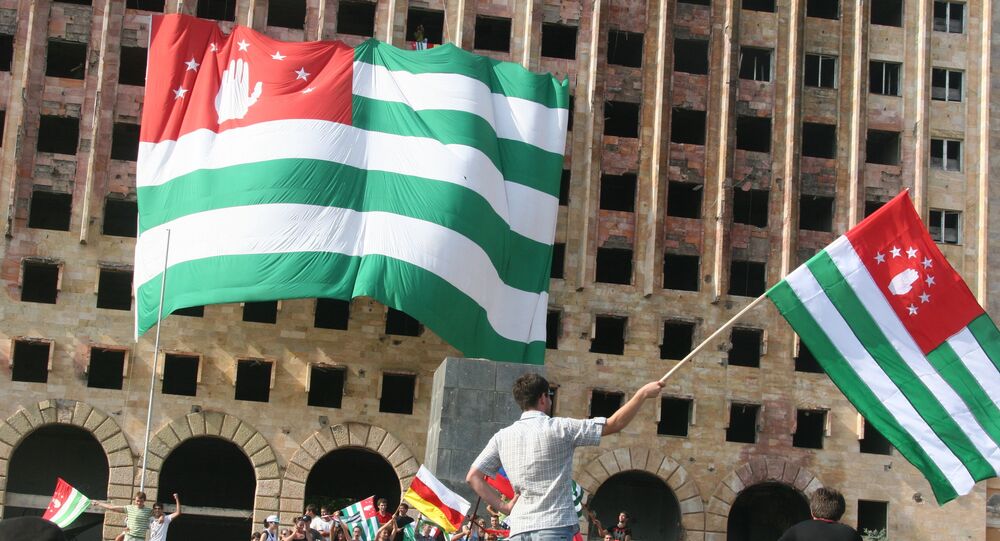 Russia considers the provocative claims of Georgia on the issue of Abkhazia and South Ossetia an excuse to derail the dialogue on the Geneva platform, the Russian Foreign Ministry said Friday.

"There is no doubt that this political performance is aimed at the upcoming March 28-29 round of Geneva discussions. It seems as if Tbilisi intends to continue the sabotage of the dialogue on the Geneva platform. The corresponding confrontational and hysterical atmosphere is being formed in advance," the statement read.

© Sputnik / Grigoriy Sysoyev
South Ossetia to Hold Referendum on Joining Russia After April 9 Election
In 2008, Georgia launched a military operation against the breakaway republics of South Ossetia and Abkhazia. Following the beginning of the operation, Russia and Georgia were engaged in a five-day war, which has resulted in recognition of the two former Georgian regions by Moscow. At the same time, Tbilisi does not recognize their independence and considers them as part of Georgia.
...
Reddit
Google+
Blogger
Pinterest
StumbleUpon
Telegram
WhatsApp
74