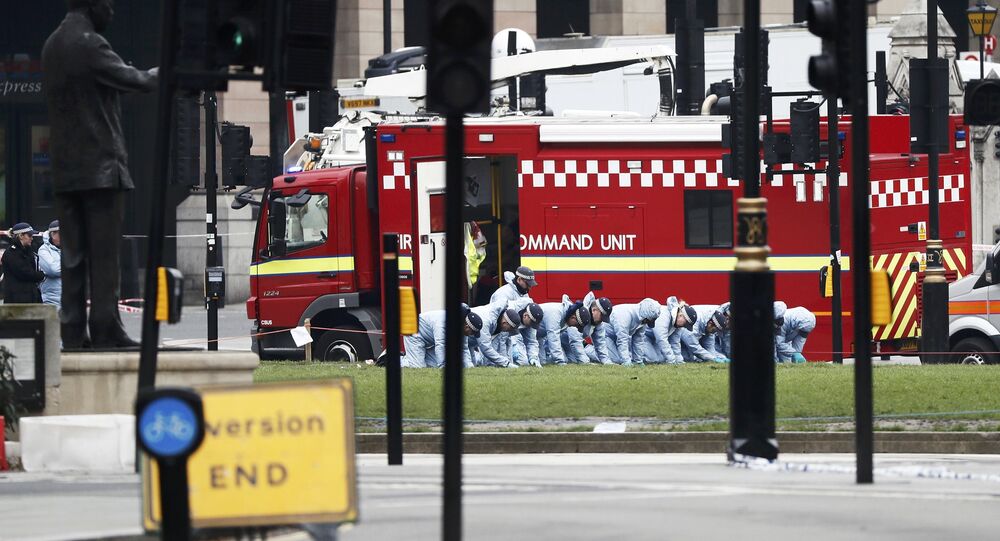 A candidate for the position of secretary general of the Organization for Security and Co-operation in Europe (OSCE), Ilkka Kanerva, on Thursday told Sputnik he fears that the deadly London attack targeting civilians may inspire similar acts of terrorism.

MOSCOW (Sputnik) — On Wednesday, an attacker hit several people while driving on Westminster Bridge in the UK capital. Armed with a knife, he then attempted to enter the parliament, stabbing a police officer to death in the process. Four people, including the attacker, died as a result of the terrorist act, while at least 40 people were injured.

"It is a terrible phenomenon and it is not a single phenomenon. Unfortunately, it may inspire somebody else to follow the same methods. This is a tragic moment for innocent people," Kanerva, who is a former President of the OSCE Parliamentary Assembly, said.

The London attack came on the one-year anniversary of three coordinated bombings in Brussels, two at an airport and one in the center of the Belgian capital. The London attack was reminiscent of the car-ramming by a Tunisian resident France saw in the southern resort of Nice last July and the deadly Berlin truck attack in December.

The Daesh terrorist group which is banned in numerous countries has claimed responsibility for the attack in London, according to media reports.