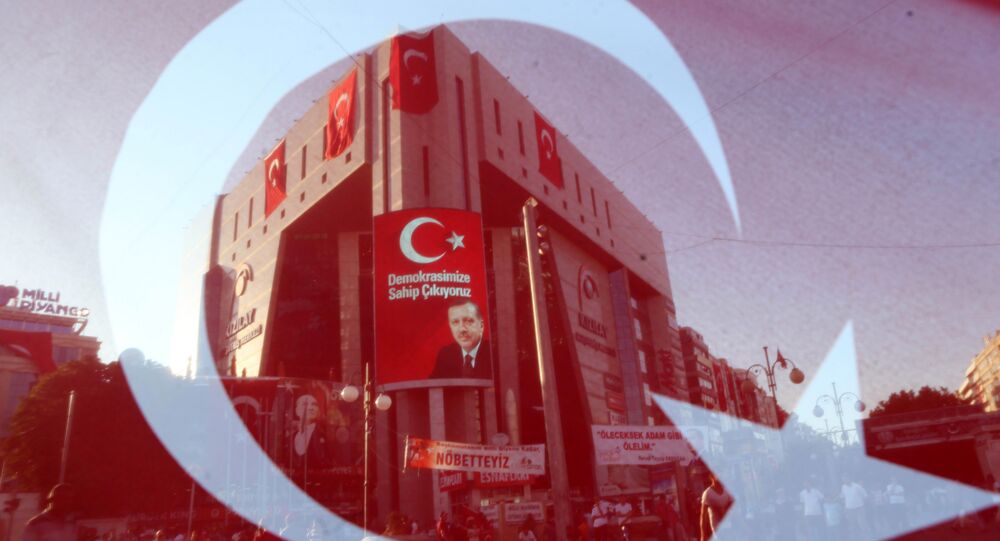 Russian interim charge d’affaires in Turkey discussed with Turkish colleagues the situation in Syria after having been summoned to the Turkish Foreign Ministry, Russian Foreign Ministry’s spokeswoman Maria Zakharova said on Thursday during a press briefing.

MOSCOW (Sputnik) – Earlier on Thursday, Turkey's Foreign Ministry spokesman Huseiyn Muftuoglu said that Turkey had summoned Russia’s charge d’affaires in Ankara in connection with the death of a Turkish serviceman killed near the southern border by a sniper from Kurdish-controlled northern Syria.

According to the Turkish ministry, Russia, as one of the guarantors of ceasefire in Syria, is responsible for helping maintain the ceasefire regime on the Syrian-Turkish border.

© REUTERS / Huseyin Aldemir
Turkey Summons Russian Charge D'Affaires Over Soldier's Death Near Syria
The Turkish General Staff said Wednesday one of its soldiers was killed near the Syrian border by sniper fire from Kurdish-controlled northern Syria. According to the Turkish military, the Turkish soldier was killed while on combat duty near the town of Reyhanlı in Hatay Province by the Kurdistan Workers' Party (PKK) forces.

Turkey, which has a significant Kurdish minority, considers PKK a terrorist group.

The Hatay province is located on the Turkish border with Syria.

The news comes as Russia and Turkey are the guarantors of the nationwide Syrian ceasefire that came into force on December 30; it has been holding up in general, despite continued reports of violations. The UN Security Council passed a resolution in December supporting the effort.