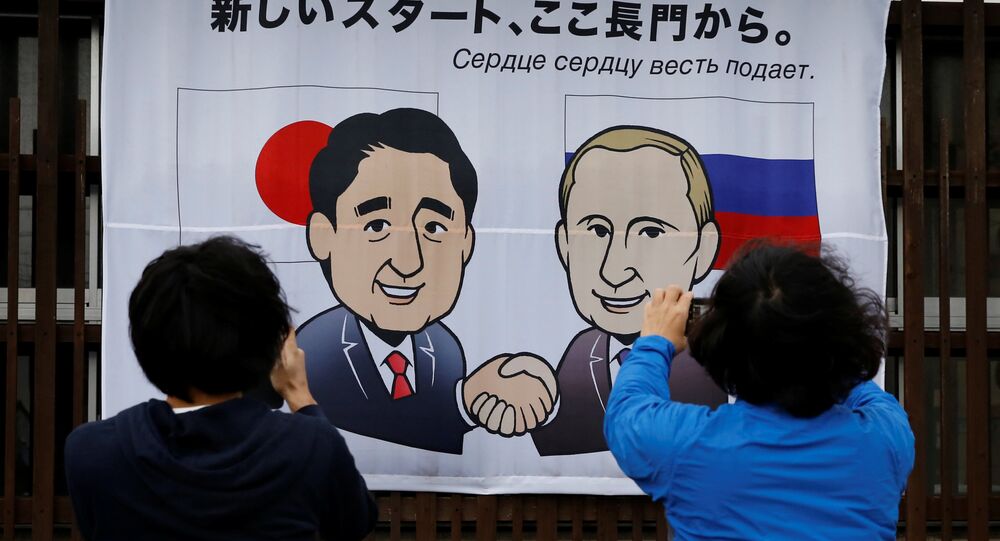 On Monday, Russia and Japan held talks in the 2+2 format, including the defense and foreign ministers of the two countries. This was the first meeting under this format of consultations since Crimea’s reunification with Russia in March 2014.

He added that bilateral relations between Moscow and Tokyo significantly intensified in 2016 and added that strengthening interaction in the defense sphere should keep pace with progress in political contacts.

"In 2016 the bilateral relations considerably intensified. It is important that defense ties are not lagging behind political contacts’ dynamics," Shoigu said.

In an interview with Sputnik Japan, historian and specialist in Japanese studies Dmitry Streltsov suggested that such cooperation is unlikely to expand to new areas.

"They [spheres of cooperation] were worked out back in the late-1990s when Russia and Japan signed protocols on cooperation between their defense ministries. Russia-Japan military cooperation doesn’t relate to military doctrines, it is rather focused on humanitarian matters and communications in neighboring areas. This would help develop measures of mutual trust and establish hot-line communications channels," Streltsov said.

© Sputnik / Vitaliy Belousov
How Japan Plans to Take on a New Significance in Asia Pacific
Meanwhile, some experts suggest that the growing mutual trust between Moscow and Tokyo is a threatening factor for China.

Hyeon Seungsu, a senior analyst at the Korea Institute for National Unification, argued that the development of Russo-Japanese military ties indicate that Tokyo’s most important problem is to deter China.

However, Streltsov pointed out that military cooperation between Moscow and Tokyo is not directed against Beijing.

"This is not what it is. I can’t rule out that China and Japan has cooperation and communications channels. And they are not directed against Russia. But the meeting between the defense ministers is some kind of a signal to other countries that Russia and Japan are building up their political cooperation via military ties. But they’re not talking behind Beijing’s back. In addition to China, Russia has other interests in the Asian-Pacific region," the expert said.

© REUTERS / USFK/Yonhap
THAAD of Discord: Russia, Japan to Discuss US Missile Defense in Asia-Pacific
However, earlier Russia and Japan had expressed concerns over the deployment of new weapons in the regions, including the THAAD missile defense system in South Korea and Russian Bal and Bastion missile systems on the Kuril Islands.

"Officially, the THAAD is directed against North Korea. But de facto the United States is trying to reach dominance in the region, breaking the strategic balance. But I don’t think that the deployment of Bal and Bastions missiles on the Kurils was a response to the THAAD deployment. It was aimed at boosting security of Russia’s eastern borders," Streltsov said.

He added that in particular, the meeting between Shoigu and Inada was aimed to ease mutual concerns between Moscow and Tokyo.

What Russia Wants From Its Dialogue With Japan