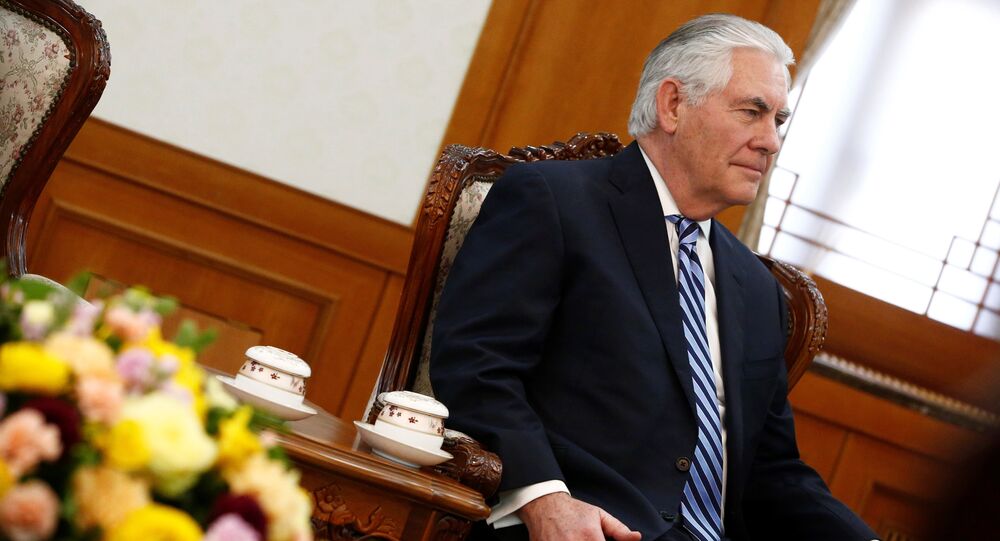 © AP Photo / Andrew Harnik
US DoS Comments on Tillerson's Plans to Skip NATO Meeting
MOSCOW (Sputnik) — A State Department spokesperson confirmed to Sputnik on Tuesday that Tillerson planned to travel to Russia in April, following media reports naming April 12 as the date of his visit.

Asked if the confusion has been cleared up, Peskov told reporters, "No, it’s not clear yet."

He also said there was no information on whether Russian President Vladimir Putin and his US counterpart, Donald Trump, would meet any time soon.

Earlier, the Russian Foreign Ministry has also declined to comment on the upcoming visit, but unconfirmed reports say that America's top diplomat could come to Moscow on April 12. If the dates are confirmed, Tillerson’s Russia trip will come on the heels of a G7 meeting in Italy.