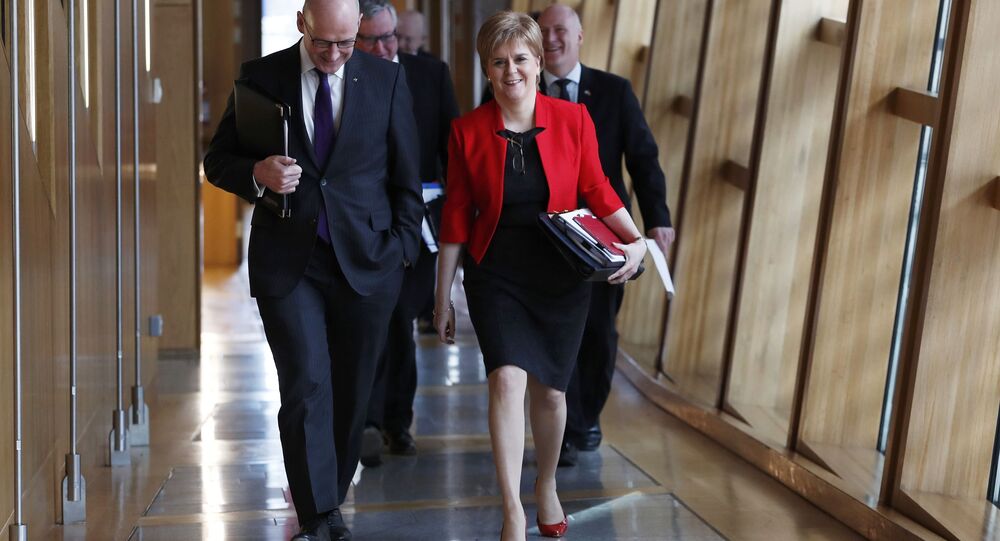 The Scottish parliament on Wednesday will finish its two-day debate and vote on whether to seek permission to hold a second referendum on independence from the United Kingdom.

On Tuesday, Sturgeon reiterated Scotland's problem with Brexit and why it should seek independence in order to apply for EU membership and keep single market access as London begins withdrawing from the bloc. She recalled that Scotland voted overwhelmingly against Brexit in last year's referendum, stressing that the country should not be taken out of Europe against its will.

Scotland is now split roughly in half on the issue of independence, according to the latest Ipsos MORI poll, in a significant change from 2014, when 55 percent voted against leaving the United Kingdom.

UK Prime Minister Theresa May is expected to initiate the talks on the United Kingdom's exit from the European Union on March 29. The UK parliament has already passed the government's Brexit bill unamended.

May's government has made strong statements against a mid-Brexit second Scottish independence referendum, while Sturgeon insisted that its timing for 2018-2019 would be "common sense" as an outline of a post-Brexit UK-EU deal would become clear by then and allow Scots to make a rational decision.