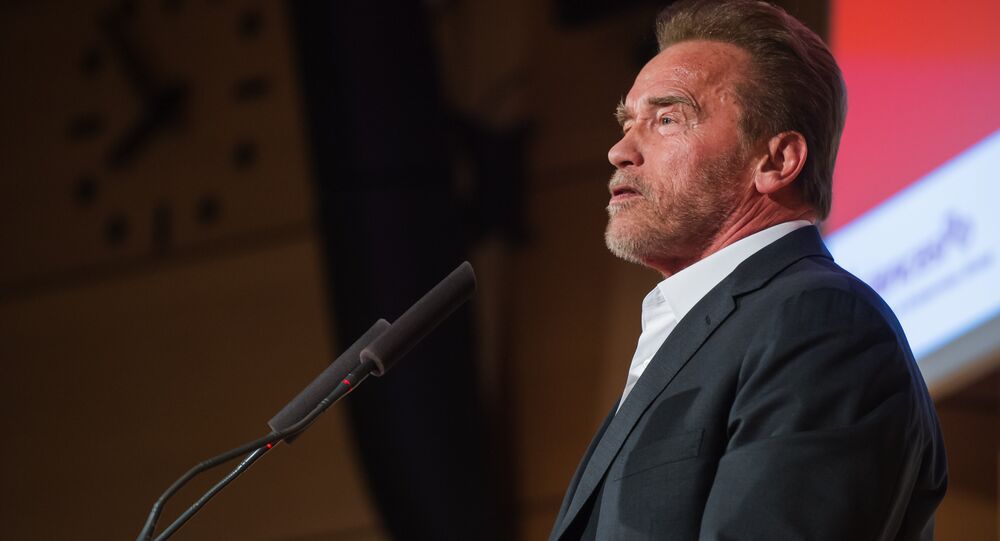 Actor and politician Arnold Schwarzenegger has posted a video online taunting US President Donald Trump, after the latter took time out from running the most powerful nation in the world to mock the former in a tweet.

Responding to a new Gallup poll released earlier in the week showing Trump at an approval-rating low of 37 percent, Schwarzenegger, the former governor of California, said, "Oh, Donald — the ratings are in, and you got swamped."

Schwarzenegger piled on, according to The Hill, stating, "Wow. Now you're in the 30s? But what do you expect? I mean, when you take away after-school programs for children and Meals on Wheels for the poor people, that's not what you call 'making America great again.' Come on!"

The Austrian-born Schwarzenegger, who cannot run for the White House himself due to his foreign birth, has been a vocal thorn in the side of the president. Trump started the fracas by taunting the famous actor about his ratings on a reality show formerly hosted by the president. From there, things went from childish to moronic.

During a National Prayer Breakfast in Washington DC, Trump asked attendees to pray for Schwarzenegger's ratings. In turn, Schwarzenegger suggested to Trump that they trade places, according to the Daily News.

More recently, Schwarzenegger tweeted that Trump must release his income tax returns, as the movie star did when he ran for governor of the nation's most populous state.