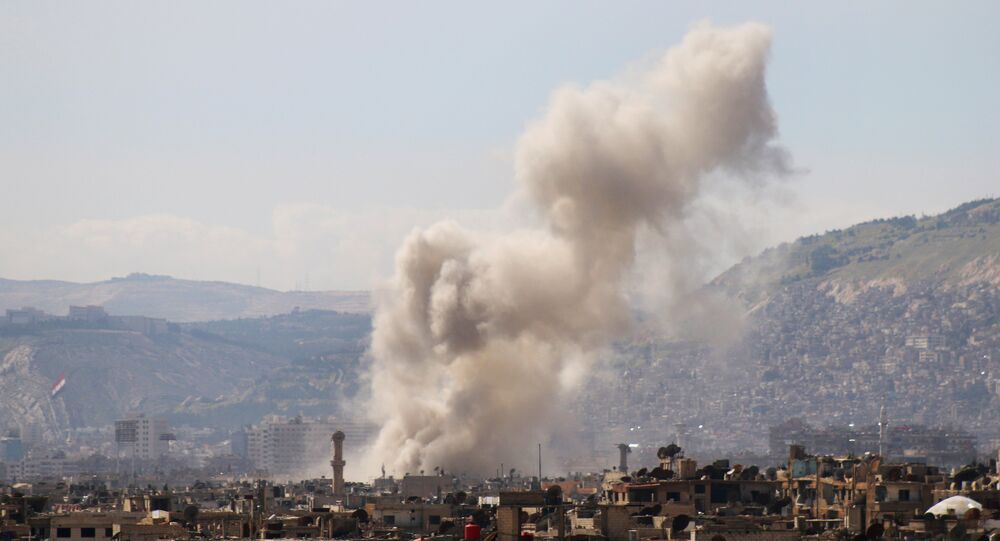 Russia Takes Every Effort Toward Peace in Syria, Unlike Europe

Russia, unlike other countries in Europe, undertakes a great number of efforts toward the achievement of peace Syria amid the Middle Eastern country's military conflict, a member of the Serbian parliament, Bozidar Delic, said Tuesday.

HMEIMIM (Sputnik) — During the visit, the delegation observed the operation of the Russian center for reconciliation of opposing sides in Syria, and looked at the militants weapons found in the liberated Syrian regions, including those munitions produced in Europe.

"When we met with [Syrian] President Bashar Assad yesterday, talked to members of the Syrian parliament, and today in the reconciliation center, we saw numerous Russian activities for achieving peace. We fully support this, but at the same time we regret, that the other countries, including European ones, do not participate in the reconciliation process," Delic said during the visit of the delegation of Russian and European parliamentarians to the Syrian Hmeimim air base operated by Russia.

According to Delic, negotiating with the foreign terrorists, who come to Syria from abroad, is unacceptable.

"I would never talk to international terrorists, who came here to fight from the Balkans, from different countries. They came to fight for money, they are the international assassins," Delic said.

Lawmakers from Russia's lower house and members of the Parliamentary Assembly of the Council of Europe (PACE), including President Pedro Agramunt, arrived in Syria for meetings with local authorities on Monday.

Since the beginning of the military conflict in Syria in 2011, Russia has been helping the Syrian government to fight against the various militant groups operating in the country, including Daesh (outlawed in many countries, including Russia).