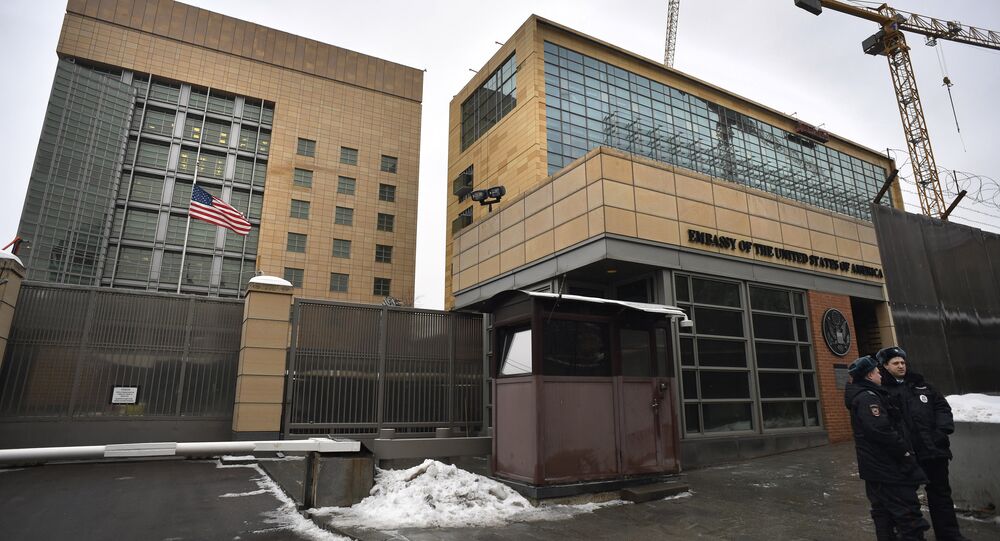 The United States has received Russia's invitation to the upcoming multilateral April 14 peace conference on Afghanistan in Moscow but has not confirmed its participation, the US embassy in Moscow said Monday.

© AP Photo / Abdul Khaliq
'Insider Attack' or 'Mistake'? Three US Army Soldiers Shot in Afghanistan
MOSCOW (Sputnik) — Earlier in the day, the Russian Foreign Ministry's Second Asian Department Director Zamir Kabulov said that an invitation was sent to the United States, as well as five Central Asian states following consultations with Afghanistan's regional neighbors in February. Kabulov assured that members of the Taliban have not been invited. Russia previously assured that all its contacts with the Taliban were aimed solely at helping Afghan settlement.

"Washington has received the invitation but has not announced participation," the embassy's press service told RIA Novosti.

In February, Russia, China, Pakistan, Iran, India and Afghanistan came together for talks devoted to Afghan settlement. The sides met in Moscow and agreed to increase efforts to promote the process of national reconciliation through regional cooperation with Kabul’s leading role. This was the fourth meeting that Moscow held on Afghan reconciliation, with previous meetings having been held in a narrower format.

Earlier in March, Russian Foreign Minister Sergey Lavrov met with the Afghan president's national security adviser Mohammad Hanif Atmar to discuss the regional consultations format in the run up to April's conference. A dozen countries will take part in the upcoming consultations, according to Atmar.

Afghanistan has experienced a resurgent Taliban movement over recent years after the US-led coalition started to withdraw troops.