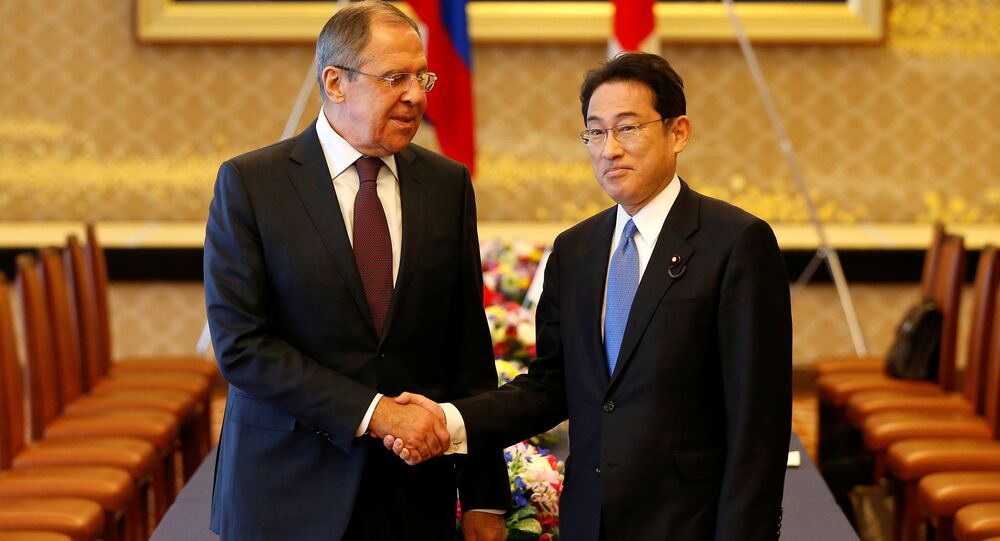 Japanese Defense Minister Tomomi Inada said Monday that she regards the Russian-Japanese consultations in "2+2" format, set to be held later in the day in Tokyo, as significant.

TOKYO (Sputnik) – On Monday, Russian Foreign Minister Sergey Lavrov, his Japanese counterpart Fumio Kishida as well as Lavrov and Inada are meeting in a "2+2" format in Tokyo to discuss bilateral and regional issues amid a thaw in Russian-Japanese relations.

"Cooperation between states is necessary to adopt regulatory measures with regard to security issues. I consider it important that in this situation consultations in ‘2+2’ format are held at the ministerial level for the first time in the past four years," Inada said at the meeting with Russian counterpart Sergei Shoigu.

© Sputnik / Alexander Shcerbak
Shoigu Calls Suspension of Russia-Japan Military Ties in 2014 Unbeneficial
Inada noted that she would like to have a candid exchange of views with Shoigu with regard to defense policy and the regional situation.

Moscow and Tokyo never signed a permanent peace treaty after the World War II due to a disagreement over the group of islands, which Russia calls the Southern Kurils and Japan the Northern Territories, encompassing the islands of Iturup, Kunashir, Shikotan and Habomai.

Russian President Vladimir Putin and Japanese Prime Minister Shinzo Abe held talks on resolving the issue of the Kurils in late 2016. In December, Putin and Abe agreed to establish joint economic activities on the Southern Kurils in a bid to create a favorable atmosphere for talks on a peace treaty between the countries.