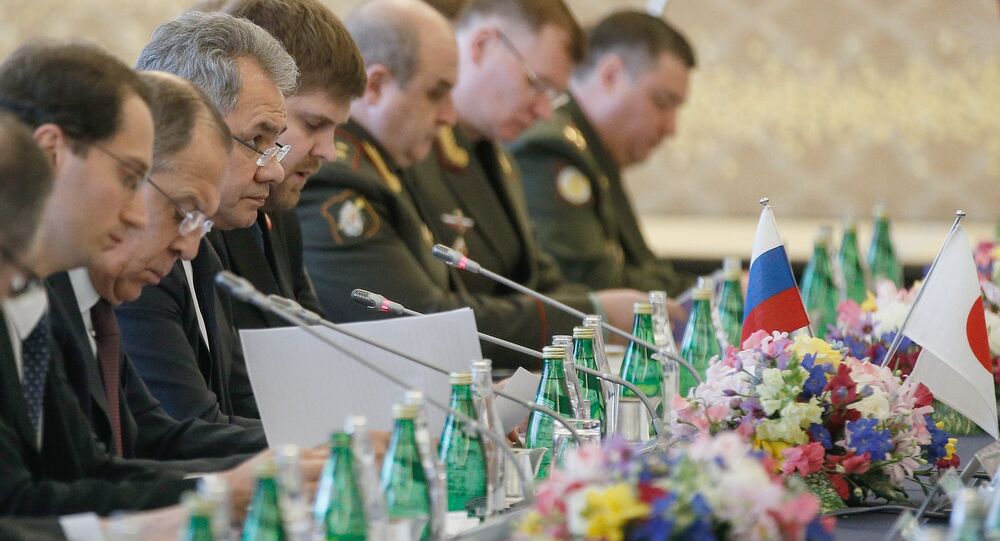 Suspension of Russian and Japanese Defense Ministries’ interaction in 2014 on the initiative of Tokyo has brought benefits to neither of the sides, Russian Defense Minister Sergei Shoigu said Monday.

"Suspension of Russian, Japanese defense ministries’ high level interaction on the initiative of Japan in 2014, including the cancellation of Russian General Staff head’s visit to Tokyo, has benefited nobody," Shoigu said at the meeting with his Japanese counterpart Tomomi Inada.

However, Shoigu noted that the bilateral relations between the two nations significantly intensified in 2016 and added that strengthening interaction in defense sphere should keep pace with progress in political contacts.

“In 2016 the bilateral relations considerably intensified,” Shoigu said. “It is important that strengthening ties in defense sphere did not lag behind political contacts’ dynamics.”

On Monday, the Russian defense minister went on, he planed to discuss prospects of bilateral military cooperation, ways of responding to international terrorism with his Japanese counterpart.

"The agenda of the meeting involves wide range of issues, from prospects on bilateral military cooperation to assessment of situations in crisis regions of the world," Shoigu stated, adding that international terrorism issue will also be on the table.

© AFP 2020 / Yoshikazu TSUNO
Japan Hopes to Establish Mutual Trust With Russia on Asia-Pacific Security
Moscow and Tokyo have been in a technical state of war since World War II having never signed a permanent peace treaty due to a disagreement over the group of islands, which Russia calls the Southern Kurils and Japan the Northern Territories, encompassing Iturup, Kunashir, Shikotan and Habomai. Russian President Vladimir Putin and Japanese Prime Minister Shinzo Abe held the second rounds of talks on resolving the issue of the Kurils in late 2016. The two leaders agreed to create a special regime on the islands leading to the establishment joint economic projects. Putin and Abe also dealt with the long-standing state of war issue.