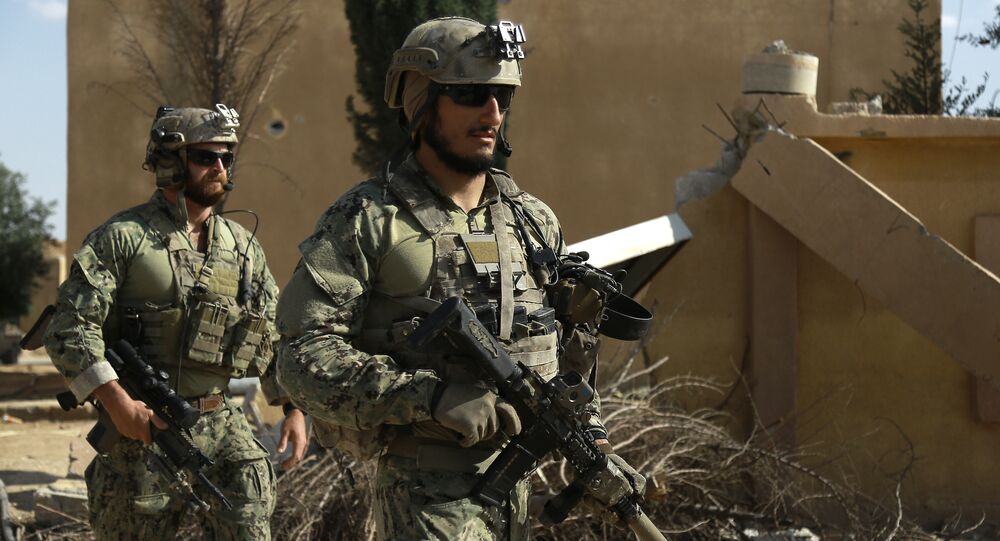 US President Donald Trump's plan to defeat Daesh (ISIS/ISIL) looks much like that of Barack Obama, according to officials familiar with the matter. It also seems that Trump is unlikely to deliver on his election promise to consider joining forces with Russia in Syria.

US President Donald Trump's much anticipated plan to defeat Daesh (ISIS/ISIL) resembles nothing so much as his predecessor's strategy, NBC News reported citing two senior officials with knowledge of the matter.

"The current plan to defeat the Islamic State [Daesh] is just like that old saying: Plan B is just, 'Try harder at Plan A'. We have not come up with new ways of approaching this. I would say the president might want to send that report back to his team to take another hard look," retired Admiral James Stavridis told the media outlet.

The Trump Budget: Boosting Pentagon, Cutting on the Poor
The media outlet specified that the new plan envisages continued bombing, increasing support and assistance to local forces in Iraq and Syria to seize Daesh's strongholds in Mosul and Raqqa. It also calls for cutting off Daesh's sources of income and stabilizing the areas captured from terrorists.

However, the question on everyone's lips since Trump's inauguration has been whether or not the US President will team up with Russia to defeat Daesh.

Although Trump had repeatedly dropped hints during his election campaign that he would consider joining forces with Moscow in Syria, the information came earlier this week that the US President is not planning to increase cooperation with Russia.

Furthermore, it was also reported that Washington is mulling beefing up the US' military presence on the ground in the region.

Citing US defense officials familiar with the matter, the Washington Post wrote Wednesday that the US military may deploy "up to 1,000 more troops into northern Syria in the coming weeks."

If approved by Defense Secretary Jim Mattis and President Trump, the deployment would double the number of US troops on the ground in Syria, the media outlet noted.

© AFP 2020 / DELIL SOULEIMAN
Armed men in uniform identified by Syrian Democratic forces as US special operations forces walk in the village of Fatisah in the northern Syrian province of Raqa on May 25, 2016

According to earlier reports, there are about 500 US Special Ops in Syria as well as 250 Rangers and 200 Marines. In addition, there are more than 5,000 American military personnel including advisers, trainers and attack helicopter crews currently deployed in Iraq.

Politico's defense editor Bryan Bender reported Friday about concerns growing inside the Pentagon that "the United States could end up in another open-ended ground war," if it continues to beef up its presence on the ground in the Middle East.

"The US has quietly sent hundreds of additional troops to Iraq and Syria since Trump took office, and is considering dispatching thousands more to counter ISIS [Daesh], fight militants in Yemen and stem a Taliban resurgence in Afghanistan," Bender wrote, adding that the recent developments clearly contradict Trump's election promise "to steer clear of foreign entanglements."

"Some call this accelerating the campaign; some call it mission creep," a US military officer told the journalist, speaking on conditions of anonymity.

© CC0
US Strike in Syria's Aleppo Targeted Adjacent Building, Not Mosque - Pentagon
In an interview with the Vzglyad online newspaper, Russian military analyst Alexander Perendzhiev, an associate professor in the Faculty of Political Sciences and Sociology at the Plekhanov Russian University of Economics, noted that Washington could have significantly increased its chances to defeat Daesh by teaming up with Russia and Damascus.

However, instead of building bridges with Moscow, Mattis turned to his Saudi counterparts.

It has since become clear that Trump will pursue a strategy strikingly similar to that of his predecessor, Perendzhiev said, adding that the US Middle Eastern policy is largely impacted by influential lobbyists not America's national interests.

"The question is not who the President is at the moment, but what the political 'order' is. This order does not come from the president, it comes from elite political groups which are lobbying it and controlling its execution," Perendzhiev noted.

According to the expert, it would be naïve to think that America's Syrian policy will change dramatically under Trump.

Less-Than-Friendly Fire: US Conducts Too Many 'Mistaken' Airstrikes in Syria