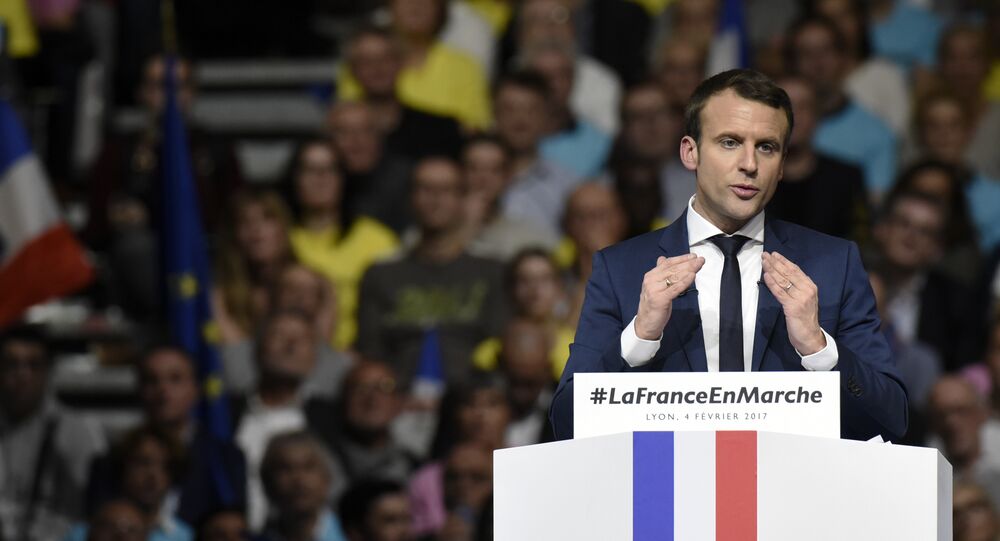 If Francois Fillon won, Moscow and Paris would have better chances for rapprochement, a French lawmaker said.

"If Mr. Macron wins, the policy towards Russia will not change, because he is only saying what people want to hear. Macron will continue on the Socialist Hollande's path, which is a path of sanctions," Lamblin, who is currently on a visit in Moscow, said, commenting on the prospects of lifting the anti-Russia sanctions after the French presidential election in April and May.

The lawmaker noted that in case The Republicans' presidential candidate Francois Fillon won, Moscow and Paris would have better chances for rapprochement.

© Sputnik / Mikhail Klimentiev
'Russian Card' in French Presidential Run is Not About Russia, Actually
The French presidential election is scheduled for April 23, while the run-off between the top two candidates is set for May 7.

Earlier in the day, a French delegation headed by Thierry Mariani, a member of The Republicans party and an incumbent member of the French parliament's Foreign Affairs Committee, arrived in Moscow.

According to Thursday's OpinionWay poll, Macron's chances to defeat far-right presidential hopeful Marine Le Pen in the second round of the French election decreased by 1 percent to 60 percent.