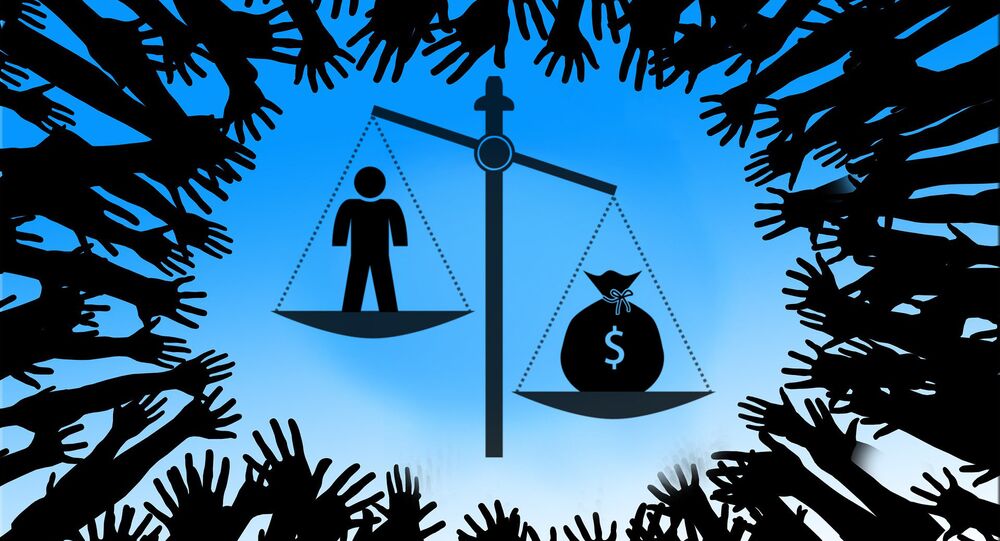 Experts believe that human rights law has been more about giving voice to the corporations and allowing them the "right to profit." With the United Nations (UN) looking at how this can be changed, some are asking the question of what purpose the law has if it does not protect humans?

After years of debate the UN Human Rights Council has decided to look at developing a new, legally binding international instrument on business and human rights. It will clarify the obligations of transnational corporations in the field of human rights and "provide for the establishment of effective remedies for victims. However, according to some experts, this long running debate has been as much about upholding the rights of corporations as it has been about upholding human rights.

Our Business and Human Rights Forum meeting has begun and we're hearing about the work of today's hosts, the @PBNINews#bizhumanrights pic.twitter.com/E0dgvMkXfE

Within human rights law there is a principle that allows corporations to apply for the same protections as a real person at the human rights courts.

So, while corporations can be protected by human rights law, they can at the same time enjoy impunity for committing human rights violations.

Marius Emberland, a Norwegian law professor wrote in his book, The Human Rights of Companies, that out of 3,307 judgments delivered in the European Court of Human Rights between 1998-2003, 3.8 percent of those applications were filed by companies or people pursing the interest of corporations.

The majority of cases in which corporations have the protection of the European Court of Human Rights have been for alleged violations of property rights and the right to a fair trial. In some cases it has also involved freedom of expression.

When the European system is compared to the US, there are stark differences. For example, the American Convention on Human Rights (ACHR) denies protection for corporations. However there have been cases raised in the Inter-American Court that have allowed shareholders to pursue the protection of the companies' interests.

Multinational corporations must follow UN Guiding Principles on #Business and #HumanRights & respect HR in the course of their business. pic.twitter.com/TBQWbtuQsp

So both the Inter-American and European jurisdictions consider shareholders' interests to be pre-eminent — either upheld directly as individual shareholders' rights, or vicariously as "corporate rights."

Canadian Professor of Law Harry Glasbeek argues that if we are to change the system we must first highlight those who profit from it and are clearly doing wrong.

"[Shareholders] have no responsibility for what is done, to whom or to what injury is done. They are legally immune and socially irresponsible," Professor Glasbeek said in a interview.

So do corporations have the right to profit at the expense of human dignity? David Whyte, a professor of socio-legal studies at the University of Liverpool said in a recent interview that the UN Human Rights Council needs to be aware of some contradictions within the framework.

"How can we, as human persons, accept the principle that is upheld in the human rights courts — that corporations can use human rights courts to pursue decisions that ultimately enhance the profitability of business rather than human dignity, freedom or equality? What is the point of human rights law if not to protect humans?" Professor Whyte said.

Professor Whyte argues that it has been a debate that has been ongoing in the UN for over 40 years.

When the UN Code of Conduct for Transnational Corporations was being developed in the 1970s, the rich nations sought protection against losses by their corporations in the demand for "Treatment standard," which would see their transnational corporations (TNCs) have protection from discriminatory or other damaging treatment from host states.

As a new treaty is developed some experts have asked the question, can corporations therefore continue to use human rights courts to pursue decisions that ultimately enhance the profitability of business rather than human dignity, freedom or equality?