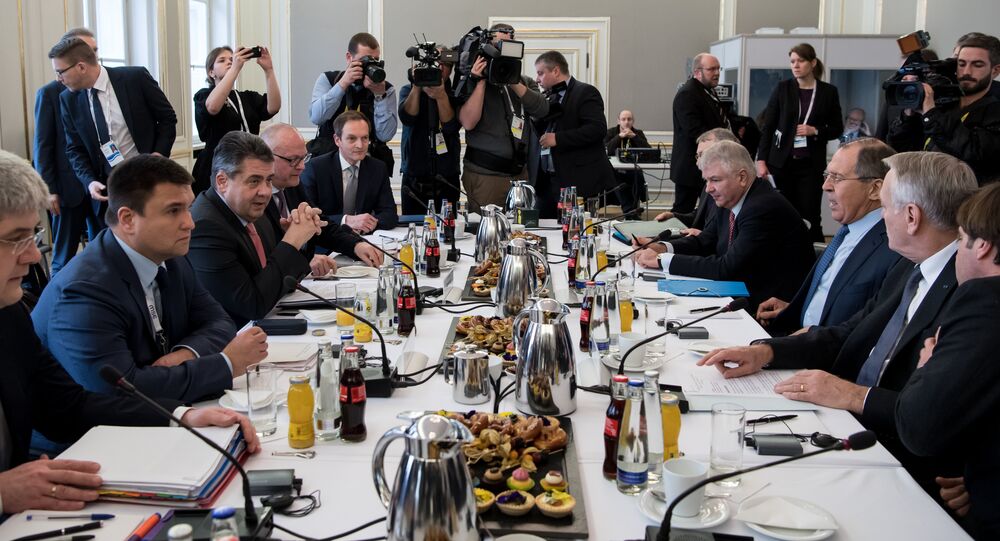 Moscow Not Opposing Against US Involvement in Talks on Ukraine

Russia did not offer to involve the United States in talks on peaceful settlement of the conflict in the east of Ukraine, but doesn't oppose it, Russia's Permanent Representative to the European Union Vladimir Chizhov said Wednesday.

BRUSSELS (Sputnik) — The Normandy Format on the Ukrainian crisis settlement doesn't include the US. Russia, Germany, France and Ukraine participate in talks on Ukrainian reconciliation since February 2015.

"Actually, we didn’t propose such a thing. Before the election, the US was showing interest in engaging in the political process regarding the Ukrainian crisis, and we established direct bilateral contacts, involving representatives of the Russian Presidential Administration and the US State Department," Chizhov said in an interview with the EurActiv portal.

"Basically, if everybody else agrees, we will not be against US involvement, in some way or another," he said.

© AFP 2020 / Sven Hoppe / POOL
Normandy Format Provides Effective Dialogue on Ukraine Without US - Paris
The Donbass conflict erupted in April 2014 as a local counter-reaction to the Maidan coup in Kiev that had toppled President Viktor Yanukovych in February. Residents of the Donetsk and Lugansk regions held independence referendums and proclaimed the People's Republics of Donetsk and Lugansk. Kiev has since been conducting a military operation, encountering stiff local resistance.

German Foreign Minister Rules Out Expanding Normandy Talks to Include US