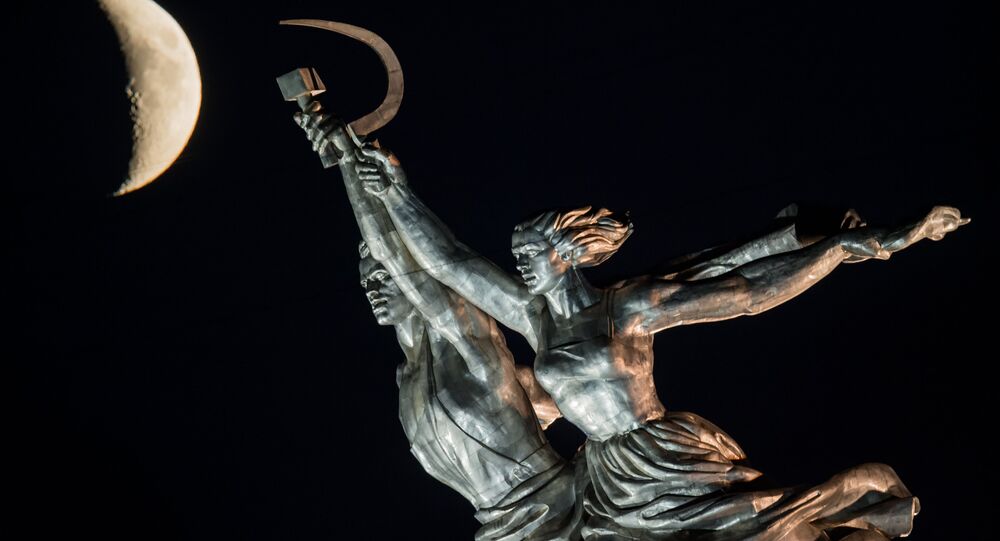 The CNN documentary about Russian President Vladimir Putin could easily remind one of old Soviet-style propaganda, Doug Wead, a US political analyst and renowned author, told Radio Sputnik. Wead called the film an insult to the American people and shed light on why the CNN rushed to air the documentary at this particular moment.

The recent CNN documentary on Russia and its President Vladimir Putin resembles nothing so much as an old Soviet-style propaganda piece, said Doug Wead, an American political analyst and New York Times bestselling author.

"It reminded me, forgive me for saying this, of old Soviet-style propaganda," Wead said in his latest interview with Radio Sputnik.

Commenting on the public's reaction to the feature film, Wead noted that he had never seen so many "dislikes" in ratio to "likes."

"And I don't think it's over the subject as much as the way the documentary was done," he remarked.

The film, entitled "The Most Powerful Man in the World" was made by CNN's Fareed Zakaria and broadcast on March 13. It depicts different periods of Vladimir Putin's life and claims that the Russian leader could have been behind the alleged intervention in the US presidential election.

Moreover, the documentary's authors have gone even so far as to present the US President Donald Trump as a Russian "puppet."

Speaking to journalists, Kremlin spokesman Dmitry Peskov noted that it appears that the documentary was made "with a critical bias in line with the further demonization of [Russia] and, possibly, [Vladimir Putin]."

The question then arises who benefits from spreading the distorted narrative about the Russian leader and President Trump.

"In the story of Russia and Hillary Clinton you have the Russians actually donating money, giving money to the Clinton Foundation. You have Hillary Clinton actually and substantially responding with the uranium issue and uranium deal; you have her actually responding with the Silicon Valley, the work to help the new Russian Silicon Valley. You have absolute substance. None of that is mentioned in this documentary," Wead highlighted.

© Sputnik / Aleksey Nikolskyi
CNN Documentary: Another Vain Attempt to Sow Discord Between Putin, Trump
At the same time, the claim that it was the Russians who put Trump in the White House doesn't hold water in many respects, he remarked, referring to the fact that the first thing the US President had done was to increase America's military budget.

"It just kind of boggles the mind," the political analyst said with a laugh.

Wead echoed Peskov's stance that the film was aimed at demonizing Russia and its leader without providing any solid evidence.

"I was struck by how spoon fed this documentary was, like we are eight-nine years old," the American author underscored.

© Sputnik / Sergey Guneev
Kremlin Not Surprised by CNN's Slant in Putin Documentary - Spokesman
"They don't, for example, even mention the differences in modern Russia with the United States: that the tax rate is 15 percent and in the US it's 40 percent; that religious freedom is clearly practiced in Russia while it is not in the United States," he said, nailing the CNN documentary for a "lack of any balance and common sense, that makes it fairly ridiculous."

But why did CNN decide to broadcast the film now?

According to the political analyst, some corporate and political interests could have been at the root of this effort to sow discord between the US and Russia. Many in the corporate establishment are very concerned about Trump's take on the trade imbalance with China and plan to deal directly with China and Russia.

"This is kindergarten geopolitics in the US: you cannot deal with Russia and deal with China at the same time. You have to do one at a time," Wead said.

However, what makes the matters even worse is that US mainstream media continue to treat the American public as "stupid."

"I think it was an insult [to the American people], this particular documentary," Wead stressed.

"The thing that bothers me is that this particular documentary shows what they want us to believe. They did a poor job but you can expect that future documentaries… will be more sophisticated… it'll be more effective. And finally there's the point that we are affected by this type of propaganda just as we know people during the Soviet era, brilliant people were affected by the propaganda of that time," the US political analyst concluded.